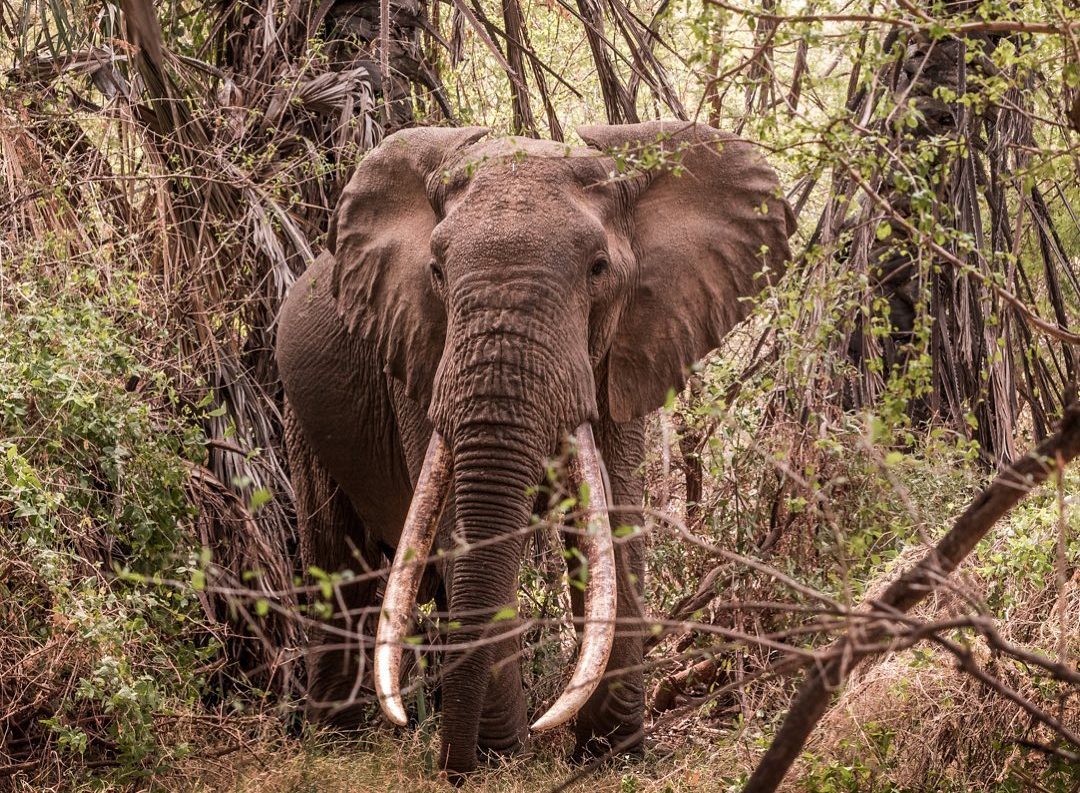 The issue of cohabitation between humans and wildlife changes year on year. Kenya, just as is the case in the rest of the world, is constantly developing. We humans do not stand still and, as a result, conservationists are continually striving to understand this changing dynamic.

Researchers from the Durrell Institute for Conservation and Ecology, working in conjunction with the University of Kent, recently published a statistical breakdown of how elephant crop-raiding has changed over the years. The researchers, a Lydia Tiller and Bob Smith, cross-referenced findings from a study on crop-raiding conducted in 1999-2000 with one they themselves had done in 2014-2015.

Both studies measured incident rates of crop-raiding, infrastructure damage or conflict with humans in a small area west of Kenya’s Maasai Mara reserve. The reserve is a protected wildlife sanctuary that runs Kenya’s border with Tanzania. The Maasai Mara is famous the world over as home to the ‘greatest wildlife spectacle on earth’: the Great Migration.

The Great Migration, an annual movement of nearly 2 million blue wildebeest, sees the ungulates arrive in Kenya around late June or early July. For the rest of the year, the wildebeest move constantly through the Serengeti reserve in Tanzania. They, along with some 200,000 other plains animals come to Kenya in search of greener pastures.

Because of phenomena such as the migration, the Mara is considered to be one of the world’s most important ecosystems in terms of biodiversity. That is why it is so very important that we understand the interactions between its largest mammal, the elephant, and its most populous, the hominid.

What the researchers found

In this study, the Durrell Institute’s researchers found a number of interesting changes. They noted that crop-raiding incidents had increased. That the number of elephant killed in retaliation had also increased (in 1999-2000 period, the number recorded was 5, in 2014-15 period, it rose to 9). That crop-raiding was limited to areas much closer to the protected lands of the reserve.

They also found, curiously, that the rate of damage per each incident of human/elephant conflict had decreased. According to a paper that the researchers published to the online journal, the Conversation, “[t]he number of crop-raiding incidents increased by 49% but crop damage per incident dropped by 83%”.

Why they believe this is happening

The Durrell Institute’s scientists posit a selection of theories that seek to explain this change in patterns of human/elephant conflict.

They believe that changes to the way that land in the Maasai Mara ecosystem is being used partly explains why incident rates of conflict are rising. Indeed, the Mara region is witnessing changes that are obvious all over Africa.

Increasingly, land used by pastoralist herdsmen – roaming cattle owners that move their herds from one area to another – is being turned to arable farmers. We recently documented how avocado farms have been seen in Amboseli and along historic elephant migratory routes.

These arable farmers are more and more often erecting fences. They do so not only to protect their wares but also to cement often contentious land ownership rites in certain parts of Kenya. In these areas, land ownership is not so well cemented a notion nor so long-standing as it is in certain western states. Fence erection is seen as a sure way of staking a claim to land that has often never before had a title deed.

Obviously, with more land cordoned off, issues of conflict are larger. If you want to read more about how fencing affects migratory routes, take a look at a previous article we wrote on it.

The researchers posited that the reason why crop-raiding is now largely limited to lands immediately surrounding the Mara reserve is because these same agriculturalists are clearing forest area in the areas further away. Without tree cover, the elephant are reluctant to move so far away from the reserve. As a result, they increasingly raid where they can secure camouflage.

On what could be seen as a positive result – the less damage per incident finding – the researchers suggest that farmers are now better equipped to scaring away elephant. This might be a positive because it suggests that human populations are getting closer to finding less final, less damaging ways of warding away elephant without killing them.

Furthermore, if the damage caused by elephant decreases, so too – one must hope – does the need to take retributory action.