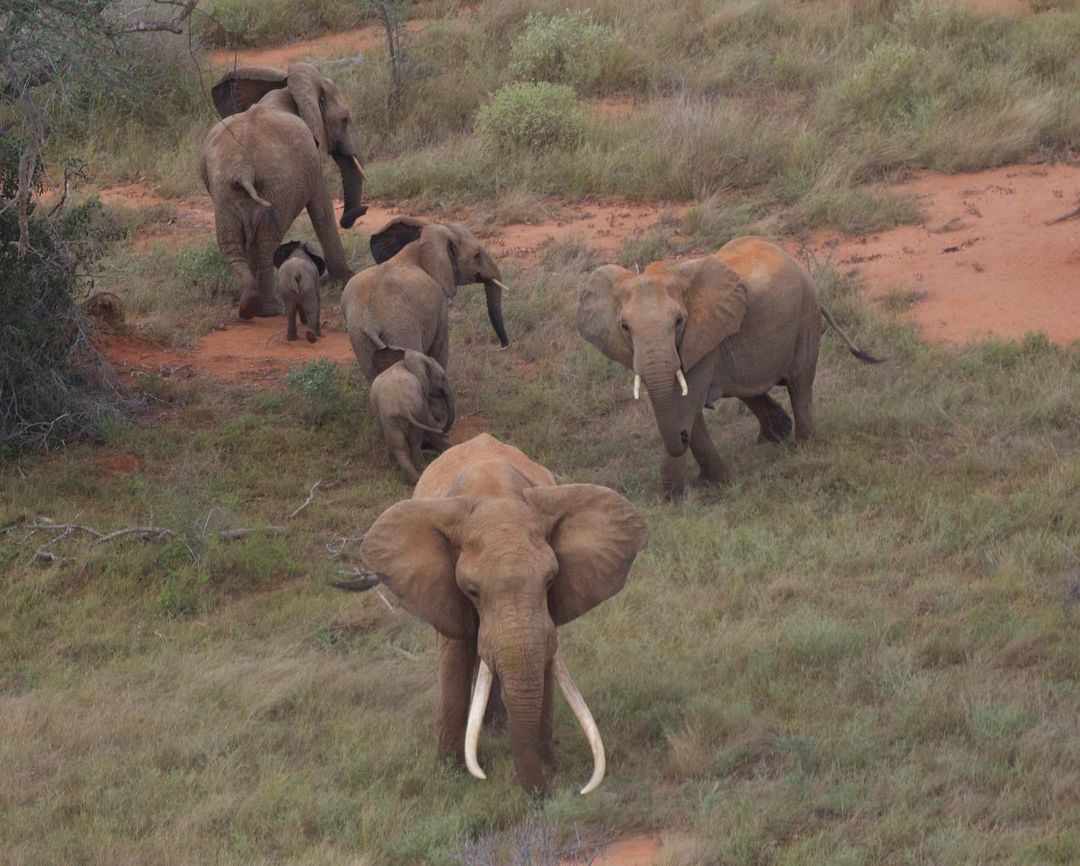 Recently, the international press have been publishing reports on a huge migratory journey made by 15 Asian elephant who originated from a wildlife reserve in Yunnan province, China. The small herd have drawn international attention for the massive journey – now 500 kilometres long – which they started on more than a year ago.

Since leaving the reserve in Yunnan, the herd has passed through residential areas, raided a few farms and even looked for snacks in a retirement home. A photograph of the group sleeping soundly, limbs intertwined, made the herd famous.

Their journey, and the attention its garnered, has prompted many questions about how the Asian elephant is conserved in China. Locals who seem likely to come into contact with the roaming creatures have been told to leave them alone and refrain from scaring them with firecrackers.

The roughly 300 wild elephant individuals in China are protected under the highest conservation status. Although this group has managed to roam – even in urban streets – without duress, this migration has been used as a chance to educate China’s people on the roaming ways of these creatures.

It is an issue that we, here in Kenya, understand better than most. Many of the conversations currently happening in China – about elephant conservation and considering their migratory routes – are ones we’ve long had to get a handle on. And with the African elephant larger, more populous and generally more capable of aggression, the stakes are higher here in East Africa.

The African elephant generally migrates for the dry period. Here in Kenya, that usually lasts from June to October. In this time, elephant leave their year round haunts – native regions – to journey to areas of more staple water supplies.

Some herds might not have far to journey, for others this is not so. Usually, the migration will take them to rain catchment areas, where lakes and river’s hold water year round.

Then, as the rains return, the herds usually return to their native regions.

Depending on food scarcity and perceived threats, herds may break into smaller groups or remain together en masse. Shortages of food tend to break migrating herds into smaller groups, usually family units, led by a dominant female.

On occasion, certain family groups see the necessity of travelling in a larger herd. These are called ‘bond groups’ and can be united by kinship, but are just as often not. Elephant, are very capable of forming complex relationships and, with memories as well-maintained as theirs are, often form bond groups with old acquaintances.

In bond groups, females can share the responsibility of leadership. Or else, leaders are chosen based on experience or aptitude for the role. Obviously, larger groups require more food and that, of course, is the trade-off a herd might make if it perceives the need for greater protection and surveillance.

The elephant’s famous memory: redundant in this era of dramatic change

The matriarch of each group, family or bond, is reliant on that famous elephant memory to find the herd’s way to water, and then back again. But human development in Africa has changed the landscape on which this journey is made quite dramatically.

What’s more, where development hasn’t touched, war and poaching has promoted other challenges. Migrating elephant herds increasingly encounter new threats or else they are stopped hard by novel pieces of human infrastructure, fences or farmland and its protectors.

An essential part of modern elephant conservation is understanding these routes and trying to plan for, and around, them.

Indeed, at the Tsavo Trust, we spend a significant amount of our time and resources in trying to understand elephant migratory patterns. And, also, in educating local human populations on the importance of preserving them.

There are other elephant conservation charities who have made this issue their specific intent. Elephants Without Borders is one such charity and they are currently putting a great deal of effort into building a cross-border, contiguous area of reserve land with every kilometre easily accessible to elephant.

The project – which you can read about here – is working with representatives from five southern African countries – Angola, Zimbabwe, Zambia, Namibia and Botswana – in order to build one borderless regional park with wildlife corridors connecting its disparate parts.

This 14km corridor connects the Mount Kenya Forest reserve and national park with the Samburu lowlands. In 2019, over a thousand elephant used this corridor which, incorporating cement underpasses, threads its way under busy main roads.

According to their website, they even documented a stray rhinocerous’ passing through.

Wildlife corridors will be an intrinsic part of any future we can manage to build that allows for cohabitation with wildlife. If we are to find successes in the arena of elephant conservation, more and more of our funding will go toward ensuring that as these huge, majestic creatures make their pre-historic journeys, we are not found sitting in their way and ready to make conflict with them.