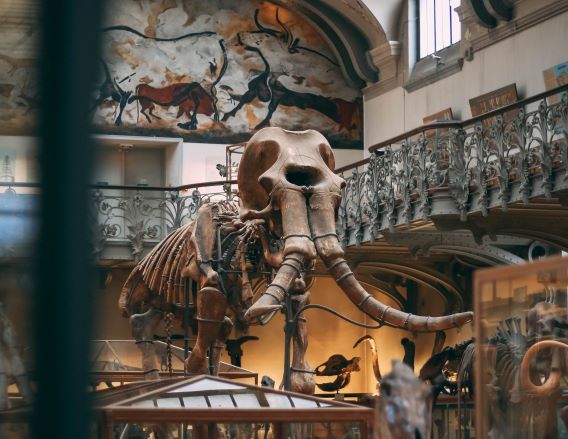 In a recent article on the 3 ways elephant poaching effects the whole ecosystem – which you can access here –, we took a brief look at the evolutionary path of the modern African elephant. The African elephant, recently reclassified into two species, is the name given to two of the three presently extant elephant species.

The African bush and savannah elephants, along with Asia’s elephant, are the latest in a long list of creatures that evolved from a common ancestor in the Miocene era, between 34 and 56 million years ago.

What is known for definite about the elephant’s prehistoric ancestor is that it originated in Africa. The earliest known descendant of the modern elephant was a roughly pig-sized creature known as Moeritherium.

The Miocene’s Moeritherium lived something close to a modern-day hippopotamus’ existence. The teeth of this ancient animal suggest that it fed off of freshwater plants and this has led a scientist from Oxford University’s department of earth sciences to suggest that it lived in waterlogged areas.

This finding, that Moeritherium practiced an aquatic or semi-aquatic existence, has proven itself ground-breaking in the palaeontology community. Palaeontologists have long questioned whether the modern elephant has aquatic origins. The reason being that it has often been suggested that the elephant’s characteristic trunk developed as a snorkel for early aquatic mammals.

What is interesting, however, is that Moeritherium lacks the projecting proboscis of its ancestors. And, in fact, Moeritherium’s trunklessness is now being used as evidence to suggest the snorkel theory is not the origin of the modern elephant’s trunk.

What is more likely, suggests Michigan University’s Museum of Palaeontology academic William Sanders, is that the “development of trunks has more to do with the hypertrophy of the tusks and feeding adaptations on land.”

Since Moeritherium’s day, the elephant’s lineage has seen an estimated 350 distinct species. After the elephant’s beginnings, it spent some 33 million years on the African continent before roaming abroad. The migrating elephant antecedents worked their way into the ecosystems of every continent save Antarctica and Australasia.

The long shadow of a famous lost relative: the woolly mammoth

Remains of the most well-known of the elephant’s ancestors, the woolly mammoth, have been found in Europe, Africa, Asia and North America. The mammoth, as many of us understand it, is famous for its large size, its acutely curved tusks and its long fur.

What is less well-known is that the mammoth is in fact a very indistinct term. It comprises many different species of the extinct elephantid genus Mammuthus. The ‘woolly’ moniker – popularised to the public through film media such as the Ice Age franchise – is, in fact, used to describe two distinct subspecies that descended from the first mammoths to move out of Africa. 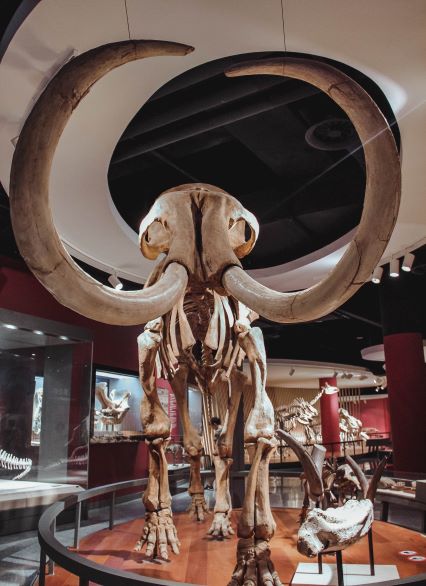 It is believed to have descended from a creature known as the Mammuthus Africanavus, the bones of which have been found in Chad, Libya, Morocco and Tunisia. This African mammoth, which is likely to have had considerably less fur than the creatures made famous to modern audiences, then moved north into Europe before spreading across Asia and into North America by way of the now submerged Bering land bridge.

What is interesting about the famous woolly mammoth is that it is more closely related to the modern Asian elephant than it is the African. The line that resulted in Asia’s elephants as well as the woolly mammoth diverted from the African elephant between 5.5 and 6.3 million years ago.

The woolly mammoth’s famous size is often depicted in modern recreations of prehistoric existence. Indeed, the largest known species of mammoth, the Imperial; a resident of modern California, reached heights of at least 4 meters at the shoulder. For reference, adult male African elephants reach an average of 3 meters.

However, this great size is not replicated across the full spectrum of mammoth species. Palaeontologists have found the remains of several smaller, ‘pygmy’ species of mammoth across Europe and Asia.

The ‘Golden mammoth’, is one such species. Remains of this creature were found in 2018 on Kotelny island in Russia’s Siberian region. The mammoth, so named for its warming brown hair, was about two meters tall, a little larger than a tall male hominid.

The remains of Kotelny island’s ‘Golden mammoth’ were remarkably well-preserved and, if you’re interested, the photos attached to this link demonstrate how it is we know that the mammoth was hairy. In many of the remains we are now finding, this iconic fur is still present.

Today, however, the mammoth’s extant relatives are confined to sub-Saharan Africa and to south-east Asia. Palaeontologists continue to try to understand how the migrating mastodons of the America’s died out and how their relatives in Europe suffered a similar fate.

One theory for the demise of the American mammoths is that humans, who arrived at roughly the same time we see the American mammoths demise, hunted them to extinction. This theory, however, fails to consider how the presence of humans in each of the other elephantine species’ habitats did not have a similar result.

What is more likely is that global temperature change wiped out the American mammoth species.

Its modern relatives, interestingly, face similar challenges. The world is, and always has been, changing. Ice ages have come and always been followed by periods of global heating. Never before, however, has the cause of this global disruption been so aware of its actions as to be in a position to try and limit the damage of them.

Today’s elephant, those of Africa and Asia, are in a state of continuous decline. Those that have made it their life’s work to protect them see only small victories. Elephant conservationists continue, however, because we feel a responsibility to do onto this species what we have so obviously failed to do before.

If you want to help protect Africa’s elephants and their natural modes of existence, please follow this link and donate.