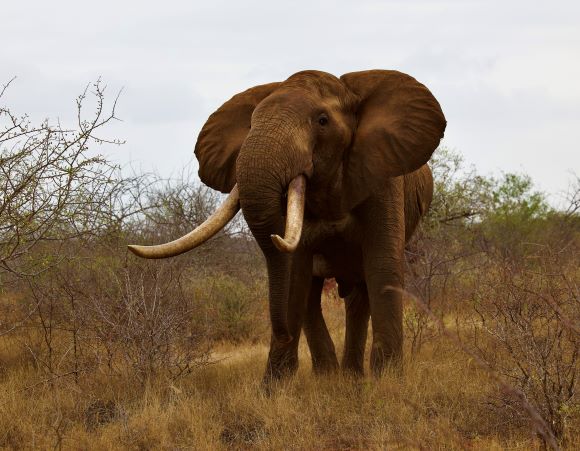 Here at the Tsavo Trust, our operational remit is to protect all elephant from poaching and from conflict with humans. However, more specifically, we look to conserve big tuskers.

Illegal ivory traders get more for larger tusks and, as a result, the largest, best-endowed elephant are at the greatest risk of poaching. Though elephant do not necessarily need huge tusks, either for mating or for the successful going about of their day-to-day, big tuskers have long been an iconic minority amongst this incredible species.

The reason why we protect these, the most magnificently adorned of Africa’s elephant, is because we do not want it to be on our watch that this extraordinary evolutionary development is wiped from the genetic capability of a species.

There has been research to suggest that high poaching rates of these iconic, gene-pool-diversifying creatures has resulted in the emergence of a smaller tusked generation of elephant. If you want to read more about this, then you can access a previous article we wrote on it here.

Why do elephant have tusks?

Female African elephant don’t tend to have as heavy, or as broad tusks. They seldom reach 45kg but are often long enough to run across the ground. When this is the case, females are considered iconic cows.

Contrastingly, amongst Asian elephant, only the males can grow tusks and when the males do they tend not to be so long or heavy as those on their African distant relatives.

Elephant tusks are, in fact, incisors. While we, and many carnivorous mammals, use our incisors to tear or hold our food, elephant use theirs for digging holes, for stripping bark from trees and, occasionally, for conflict.

If tusk sizes aren’t important for mating, what is?

Tusk size was previously considered a driving factor in male elephant’s reproductive success. We cannot, of course, be completely certain of what exactly such a social and intelligent species of animal values in establishing mating authority.

However, what is most evidently linked is a male’s age and, specifically, how age shapes the frequency with which male elephant arrive at regular periods of musth. Unlike most mammals, in which mating success rates tend to decline as the males age, elephant bulls become increasingly more sexually active as they get older.

Despite that males can achieve musth at roughly the age of 15, they don’t get into a regular rhythm of achieving that state until they are around 35. By 50, according to national geographic, they are so regular that their sexual endeavour is at it’s most obvious.