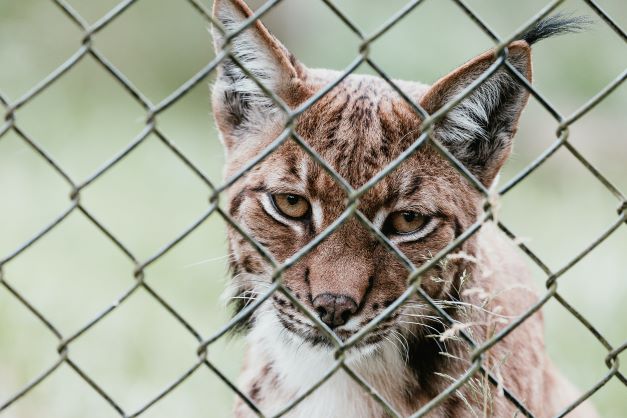 Considering the great interest generated for our last article, on the state and wellbeing of Ukraine’s zoo animals, we considered it important to give our followers an update on the latest developments in Ukraine. If you didn’t get a chance to read our first article, you can access it here.

The European Association for Zoos and Aquaria (EAZA) have been closely monitoring the situation in Ukraine. It is through them that a crisis fund has been organised. Through public donations, the EAZA Emergency Fund for Ukrainian Zoos, was, on the 22nd of April, at 1,181,849 Euros.

This money will go toward the continued care of the zoo animals, the repair of damaged enclosures or, where necessary, the rehousing and evacuation of certain creatures.

Despite the notable size of the Emergency Fund, and the selfless, fearless work of the many zoo employees that have chosen the care of zoo animals over their own evacuation, the situation remains bleak for Ukraine’s zoo animals.

Due to the redeployment of Russian troops, the zoos in and around Kyiv, including the country’s largest facility, the Kyiv Zoological Park, are blessedly experiencing a respite from the war. Kyiv’s zoo animals, many of whom were brought underground for their safety when the Russian presence was closely felt, are being well cared for.

In the west of the country, however, the situation is not so positive. Zoos near Kharkiv are at renewed risk with this shift in Russian military tactics. Kharkiv zoo and the Feldman Ecopark are two such examples. Kharkiv zoo has been badly damaged and communication between the zoos operators and the EAZA has been spotty, prompting worries of a worse picture than is presently available.

For the Feldman Ecopark, what we do know is shocking and heart-wrenching. After shelling on the 5th of April, the park was, according to its founder, “almost completely destroyed”.

Damage to infrastructure was extensive. Since the shelling, however, many of the animals have been relocated and, as of a week ago, some were still on site and being cared for.

The Feldman Ecopark also, and this may be distressing to readers, lost two zookeepers when the zoo was under Russian occupation. This, the EAZA, declares, is “inexcusable” and, I’m sure all of our readers will find themselves unified in sharing the EAZA’s call for justice and in sharing sympathy for the families of these individuals.

Are zoos good for conservation?

In the responses to our article, we noted a great deal of concern for Ukrainian zoo animals. There was, palpable in some of the responses to our article, demonstrable dismay for the practice of zookeeping. Some of our readers posed concerns about animals living in captivity, and for the fact that, if it wasn’t for human actions, these creatures would not presently be in harm’s way.

With this, we cannot, and in many ways would not, pose an argument. It is our firm belief that animals are best served by giving them the tools to live as organic an existence as possible. We would not be in the business we are in if we did not firmly believe that wild animals must be allowed to roam free.

In an ideal world, we would see no animals living in captivity. The story of Ukraine’s zoos does highlight how the displacement of these species, many of whom originally call Africa home, has had a drastic, inarguably horrific effect on the creatures’ lives. Perhaps war does throw a greater, more forensic light on the issue of zookeeping. And perhaps defending the existence of zoos, in the midst of this development, is impossible.

Aside from some incredible stories of bravery and human ingenuity in the face of a hostile national invasion, many of the reports from Ukraine are chilling. There are reports that, under Russian occupation, animals at the Feldman Ecopark were used for target practice by Russian soldiers.

What’s more, with enclosures there badly damaged and little hope of an effective evacuation for certain larger species, there were early reports, in March, of the fact that the Feldman facility was considering putting down adult creatures.

Those reports have not since been verified but it does make for uncomfortable reading for all of us animal lovers across the globe.

Now, despite these dread-inspiring revelations coming out of Ukraine, we would still like to give those questioning the role of zoos in modern life a little more information with which to flesh out their impression of them.

In the past, we have had the incredible pleasure of working with the Zoological Society of London’s in situ conservation team. Organisations like ours constantly benefit from the expertise of zoological societies’ in-the-field experts.

Zoos are crucial for the close-study of animal biology and behaviour. It is through work done in zoos that we have gained much of the knowledge that we have of the natural world. As incredible as it is that there are wild spaces left for the natural roaming and behaviour of wild animals, without the research possible in zoos, we might lose out on important research that could protect entire species.

A July 2021 study led by the British charity Born Free was used to criticise certain British zoos and aquaria for their claim that zoos were a bastion for conservation. The Born Free investigation found that, of the funding given to in-situ conservation projects from the British Consortium of Charitable Zoos, just 6.6% of that money came from ticket sales.

Whilst we would love to see more of what is generated through ticket sales going toward the good of the natural world, of course, we feel as if this reading of the financial break-down of conservation-related donations fails to consider the importance of zoos in their capacity for generating these donations.

Zoos are, for many people in the Northern hemisphere, the only point of interaction between them and wild animals. Zoos are capable of acting as educational outlets. They can bring direct, emotive reality to problems half a world away. If zoological societies are reliant on donations in the comprisal of the grants they give, we must also consider the importance of their ability to generate these donations.

Furthermore, zoos are often the only facilities in which funding can be generated for species-saving initiatives. It is a great shame that we must find financial reasoning for the protection of threatened species. Especially when one considers that certain of those threatened species were made vulnerable by human actions. However, it is the case that zoos are some of the few facilities which conduct these programmes.

Despite that not all species-saving, reintroduction projects are successful, without the breeding projects of certain zoos, some species that are now healthy in the wild would have gone extinct years ago.

If you want to learn more about which breeding programmes have been successful, consider looking up the Californian Condor, the red wolf, the black-footed ferret, Pere David’s deer or Przewalski’s wild horse.

We, at the Tsavo Trust, our wildlife protectors. We consider it our mandate to step in only to ensure that the excesses of human existence does not undermine the natural modes of being for animals. We do not condone the illegal capture, trade in, or imprisonment of wildlife.

But we do benefit from strong working relationships and the donations from zoological societies. Without their donations we would not be capable of all the work that we do here, in protecting Tsavo’s wildlife from human growth, aggression and profiteering.

We also understand that the question of how to consider zoos is difficult. In an ideal world, the experience of wild animal individuals would be considered just as important as the protection of entire species. In an ideal world, wildlife would not have to prove its financial value to human societies in order to guarantee its prolonged, and organic, existence. In an ideal world, human beings would be capable of feeling and understanding the plight of endangered animals without the benefit of seeing these creatures first-hand.

But this is no ideal world, and human beings are no ideal species.