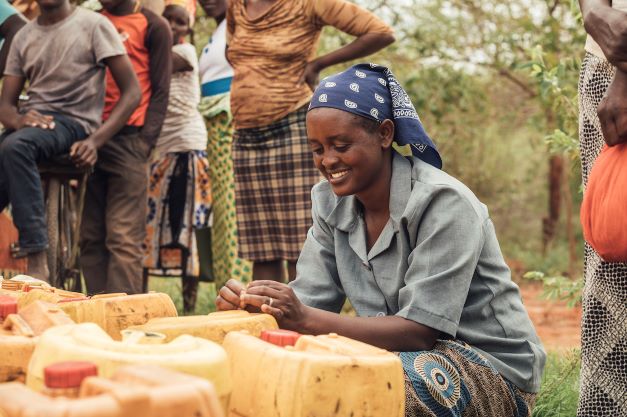 The African savannah elephant is categorised as Endangered on the IUCN’s Red-List of Threatened Species. This means that, globally, the species is on a year-on-year decline.

Africa-wide, the threats to these creatures are largely unchanged over the last forty years. Poaching, commercial hunting, habitat loss, drought and the other effects of climate change, as well as human conflicts on the continent, continue to undermine conservation efforts.

Thanks to help from the IUCN Save Our Species’ SOS African Wildlife initiative, co-funded by the European Union, the world is now largely awakened to the importance of reversing biodiversity decline. Despite this, and that a global ban on the trade in ivory has been in place since 1989, the African savannah elephant population has still decreased by 30% since 2016.

A focus on Kenya: a unique situation and a shift in focus for elephant conservationists

As a result of a continent-leading, and aggressive, anti-poaching stance, Kenya’s elephant population is faring far better than its neighbours’. In 2020, there were only 11 recorded instances of elephant poaching in the entire country.

That represents a 96% decline in poaching since 2013. In that year, before a huge push by the Kenyan Wildlife Services (KWS) to modernise and optimise the country’s anti-poaching operational techniques and equipment, 386 elephant were killed by poachers.

Today, however, KWS, aided also by stronger penalties for poaching put into place by Kenya’s law-courts, have managed to bring the number to its present and encouraging low-point.

Resultantly, Kenya’s elephant population is on the rise. The country’s first national wildlife census cited that there were 36,280 elephant individuals extant in the country. In the 1980s, that number is estimated to have been closer to 16,000.

This is an incredible turn around for a species that, as has been noted, is still in dangerous decline across the continent. Resulting from this incredible story of conservation success, Kenya’s wildlife services and affiliated conservation organisations face a different challenge to those in other countries.

While Kenya’s elephant populations declined in the 20th century, its human population sky-rocketed. At the end of the 1950s, Kenya was home to 8 million people. Today, that number is closer to 52 million.

These growing populations are now, more than ever before, coming into conflict over land. The prime focus for elephant conservation here in Kenya is in ensuring that this increased proximity, between human and elephant, spills over into conflict as seldom as possible.

The Kamungi and Shirango Community Conservancies both border park land in the Tsavo Conservation Area. At Tsavo Trust, we work closely with representatives of these conservancies to ensure the protection of their peoples and property in a way that limits humanity’s impact on the natural modes of existence of our neighbouring wild creatures.

The 10% fence plan initiative was one such protectionist programme. Funded by our generous donors, the 10% fence plan saw the implementation of ‘porcupine’ fencing around a small section of strategically chosen community land. The other 90% of land was left unfenced.

With the implementation of these fences, a necessary portion of the land was protected for the subsistence of the local community. The unfenced land was left open and available for the grazing of livestock and, crucially, the free movement of wild, often migratory, animals.

In its experimental phase, the project erected 3 of these porcupine fences in Kamungi and saw no instances of crop damage by elephant. This was a marked improvement on previous property protections. What’s more, the 10% fence plan saw widespread approval from members of Kamungi.

In 2021, an additional 9 fences on 9 farmsteads have been implemented within Kamungi. There are now 12 families, and approximately 120 members of the Kamungi Conservancy now benefiting from this initiative and improved food and property security. Tsavo Trust continues to actively find new and innovative ways to reduce human wildlife conflict within these communities. In this way, we hope that we will find a safe and effective means of cohabitation between people and animals.

We also hope, in decreasing the instances of conflict between elephant and humans, that local communities will increasingly come around to the virtues of protecting these majestic creatures. Only through safe, effective measures such as the 10% fencing initiative, can we undermine the threat of these wild animals. In so doing, we hope to encourage attitudes that support their preservation.

It is only through the support of our donors and supporters, including IUCN Save Our Species and the European Union that these projects are possible.