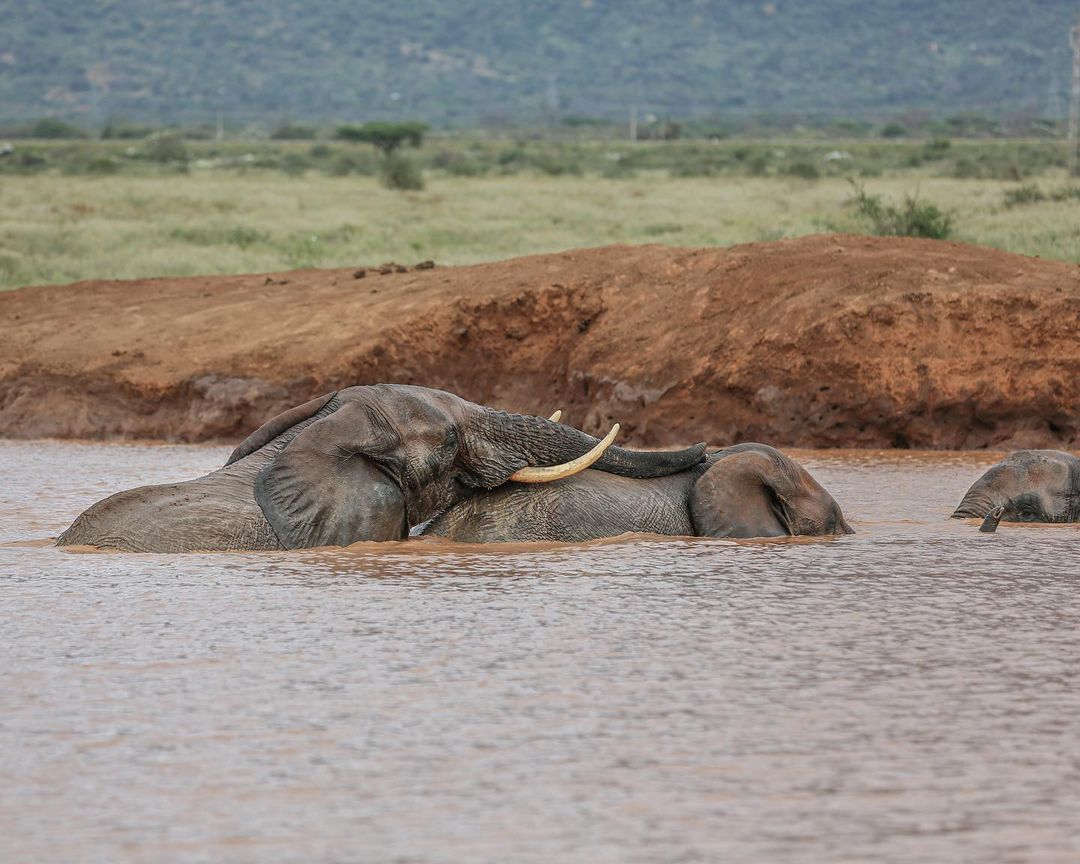 In 2020, there were only 11 elephant poached in the whole of Kenya. Over that same period, not one Rhino, in the whole country, lost its life to poachers.

These results, as incredible and at one stage implausible as they once seemed, are not to be taken lightly. Elephant poaching, as fuel for the ivory trade, is still prevalent in many African countries. Furthermore, there are still a great many other threats posed to these, Africa’s most majestic, beasts.

Nevertheless, this victory, even if it is Kenya’s alone and cannot be shared by its neighbours in East Africa, is a huge one. It comes as a result of a great deal of good work done by the Kenya Wildlife Service and by the various organisations that have committed themselves to this cause.

Those involved in elephant conservation, and wildlife conservation in general, will take this news gladly. It has led the KWS’ Director General, Brigadier John Waweru, to state that “it is not a pipe dream to get Kenya’s poaching level to zero.”

As regular readers of our elephant conservation bulletin will be aware, poaching is just one small part of the continuously changing battleground that is the fight to conserve Africa’s elephants.

We recently wrote an article on this changing threat. Its title, ‘From poaching to the planting of avocadoes, how the threat to Africa’s elephants is changing’, will give you some idea about the developments in this sphere. If you want to learn more about this new threat to elephant conservation, feel free to read the full article.

That said, this is still a huge coup for conservationists and these results, and the continued success of elephant conservation in Kenya, can be put down to hard and intelligently-thought out work.

For those that have concerned themselves with elephant conservation, the tactic for the last couple of years has been based on two umbrella principles.

The first, optimising the efficacy of the boots on the ground, has been an unequivocal success.

Within the Kenya Wildlife Service, this has been accomplished through a wholesale technology overhaul. In 2013, the KWS put out a tender which offered the winning contractor the chance to completely replace its ageing radio system.

The tender’s winner, Ellipse Projects, completed the radio system overhaul in 2017. To those in the know, the 800 solar-powered mobile radio terminals have, quite excitingly, optimised the KWS’ communications system.

Placed strategically around five of Kenya’s largest national parks – Nairobi, Amboseli, Nakuru, Tsavo West and Tsavo East – their deployment was designed to help in conservation and wildlife protection. And, also, to increase the security of Kenya’s wildlife and conservation professionals.

It is no accident that the Ellipse Projects system’s completion coincides with the beginning of the drop in poaching levels that we are now witnessing.

Another technology-based addition to the Kenyan wildlife conservationist’s armoury is the app CyberTracker.

CyberTracker is an app designed by the not-for-profit company CyberTracker Conservation. Based in South Africa, the company initially developed their app to help conservationists in the Kalahari desert. In the Kalahari, many of those involved in conservation are individuals who can neither read nor write. This app is designed to help people such as these accurately log data points that they collect out in the field.

CyberTracker has since been used in many different guises. A prototype of the app was in fact used to record the details of animal deaths related to the Ebola outbreak in West Africa.

Today, the app has evolved into a general purpose data capture and visualisation system. It has a number of uses in the sphere of geo-referencing. Crucially, it is still well-designed for its ease of use, even for illiterate or low-literate users.

The app is used by the KWS to log locations for relative plant and animal life. In so doing, it is invaluable for its geo-referencing and statistic generating capabilities. Also, with the help of the app, and accompanying technology, KWS rangers are able to log the state of each specimen they find. With this feature, incident rates of species demise and decline can now be easily mapped.

With the help of CyberTracker, the challenges faced by a clunky and largely paper-based logging system have been overcome. In fact, it has proved so effective that we, at the Tsavo Trust, also use CyberTracker for the logging of our ground team’s findings.

As well as these two very useful pieces of technology used by the KWS, the Tsavo Trust, and no doubt many other elephant conservation groups use a variety of other tech solutions to combat the threat of poaching. We have, for example, long been applying the useful tools provided by Earth Ranger, an online software solution that helps us coordinate, monitor and keep our ranger teams safe when they are on the ground.

We know that the KWS has also recently begun to use Earth Ranger, such is its efficacy in the sphere of conservation and animal protection.

The second, and arguably more important, element of the current strategy to eradicate poaching in Kenya can be considered under the umbrella term of attitudinal change.

Many of our readers, from Kenya’s cities or from the western world, are great supporters of elephant conservation and can never foresee the great creatures’ negatives. That, to a certain extent, is the privilege of the abstracted observer. Elephant are known, the world over, for their majesty and intelligence, for their endangered status and for their importance to natural ecosystems.

But, for those that live near them, elephant can be a danger and, on occasion, a pest.

When one lives with the constant threat that elephant pose to lives and livelihoods, it is harder to see the large, lumbering beasts for their beauty and importance to biodiversity.

And, with human populations growing year on year, and Kenya’s growing faster than most, changing this attitude amongst the elephants’ neighbours is incredibly important.

In fact, it is one of the core elements of the work we do here at the Tsavo Trust. Community engagement projects have become an increasingly important part of the work we do here. The aim of these projects is to redesign the way elephant are considered by those that live in greatest risk of their occasional bouts of seeming malevolence.

If elephant conservation is to be eventually considered a success story, elephant and humans must be taught how to live peaceably together. Our community outreach projects seek to educate local populations near Tsavo on the benefits of conservation, how tourism – attracted by elephant – can be a better and more stable source of income than the immediate, quick-buck that can be made through poaching.

There has been another change in Kenya’s attitudes surrounding poaching that warrants consideration.

As the country awakens to the importance of the African elephant to its tourism sector, we have seen the Kenyan courts become more aggressive in the implementation of their anti-poaching deterrents.

According to one of the advisor’s to Kenya’s Seniour Justice department, the punishments meted out to poachers in Kenya have, over the last ten years, acquired real teeth. Katto Wambua explains that “in Kenya in 2010, when we were having high poaching rates, paying 40,000 Kenyan shillings was nothing to them [elephant poachers] and that was the highest penalty that they could get.”

As of 2016, however, nearly 90% of poaching related crimes have ended in prison time.

Poaching is certainly on the decline in Kenya, and that is good news for all conservationists and worthy of commendation. Kenya’s case in this sphere is a success story.

However, this is not the time for complacency. Kenya’s decline in poaching, its gradual shift in attitudes toward being a country that welcomes the elephant’s presence in it, is because of hard work, and generous funding. If we are to see these results continue, so must our endeavours.

If you want to help the Tsavo Trust in its continued battle to ensure that our grandchildren get the opportunity to see the savannah’s most remarkable creature walk its native routes and live its age-old patterns of existence, follow this link.