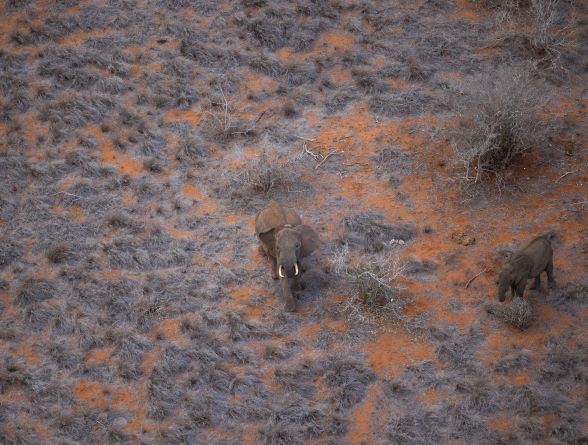 There are many reasons why the conservation of the African elephant is important. Africa’s elephant species are icons of wildlife. The world over, whenever you think of wildlife, your mind likely conjures up the impression of these majestic creatures.

Those of us concerned with conserving them have recently been fortunate enough to report on decreases to the instance rates of elephant poaching. Continent-wide, we are seeing a general downward trend in the illegal hunting of Africa’s elephant.

This is incredible news. In many African countries, we are seeing a corresponding population recovery. Africa is a long way from ever boasting the same elephant population sizes it could before the millennium. It is, in fact, unlikely that it ever will. Regrowth is, still, something worth getting excited about.

That does not mean it is without it’s complications. The rebounding African elephant populations have been seen to move into historic migratory routes that, since their numbers were depleted, have become inhabited by humans.

This increased proximity, between the large, and often aggressive, animals and human beings who are often living on the poverty line and are protective of their subsistence farms, is resulting in the increased potential for human-elephant conflict.

With this week’s article, we’ve decided to take a closer look at the issue of human-elephant conflict. We want to consider the most influential causes behind it and also to evaluate the best solutions to solving it.

Two of the more influential causes behind human-elephant conflict have already been mentioned. The recovery of elephant populations, which you can read about in detail here, is one such factor.

It is obviously something wildlife services and NGOs such as ours have battled hard for for decades. However, this population recovery does pose a new challenge to elephant conservation. Africa is much-changed from the continent it was in the mid-1900s, when elephant populations dwarfed the present numbers.

The other, already-alluded-to, factor is the financial security of the humans who neighbour wildlife.

African nations are by no means developing on the same trajectory as one another. Here in Kenya, we are witnessing stable and encouraging economic growth. It is, however, by no means equitably shared. Though urban centres are growing rapidly, job security is not so very well protected.

As we witnessed when the coronavirus pandemic hit us, city jobs can easily disappear. For many Africans, having a rural home with some subsistence farming capability, a shamba as its known in Kenya, is a safety blanket. For others, it’s all they’ve ever known.

These, often small, plots of land are sought after and important to the people who own them. They are, unfortunately for both parties, also, occasionally on old elephant migratory routes.

The third major cause behind human-elephant conflict is our historical inadequacies in attempts to understand it and plan for it’s mitigation. As has been well-documented, the battleground for elephant conservation was in eradicating poaching. It is a noble fight that is by no means won. However, as we have focussed on ending the illegal trade in wildlife, human development has accelerated and often without an eye on the natural world often side-lined by human priorities.

There are many mechanical methods to alleviating the stresses of human-elephant conflict. They are, to varying degrees, well thought out and experimented with academic discipline. And many do work.

Implementing intelligently-designed fences is one that does. Our own 10% fence initiative, which you can read about here, is a great example of the mechanical solves to this issue. So too are fences such as Save The Elephants’ beehive fence project. Collaring elephants in order that they can be tracked is another effective way of maintaining a safe distance between them and human habitation.

Both of these fence projects protect farmers from the worst affects of living alongside elephants. They protect the crops farmed, and therefore the farmers’ economic and food security, without fragmenting the elephants’ territory any more than it has been.

However, the best method we can employ in the undermining of conflict between these two incredible species is in understanding it. Conservation scientists have done much to increase our understanding of human-elephant conflict.

Conservation scientists published a paper in 2021 on the factors that affect tolerance to elephants in the Gabon. It is an interesting read and it sheds light on how human-elephant conflict boils over, as often as it does, into violence.

What these scientists found is that the nature of the conflict between the two species is cyclical. They discovered that elephant, often raiding at night, were scared off by hunters who used fireworks, banged drums or even shot firearms into the sky to do so. The employment of these loud sounds often startled the animals, and occasionally did so in a way that made them more aggressive.

In turn, they found that aggressive animals who had done damage to crops or who killed livestock or even people were then killed retributively. This cycle is damaging both parties.

The third way we can mitigate against human-elephant conflict is in making it central to our plans for the future. We are already seeing this in some African countries but not in all. Elephant are so iconic they are often framed as a representation of Africa.

Their existence must be central to African development. As human development takes shape, we believe that it must do so in a manner that dovetails well with the species’ safety. Whether this means ensuring that wildlife services are well-funded or that the animals’ migratory routes are always considered when we develop infrastructure, it is key that the creatures are considered when plans for the future are made.