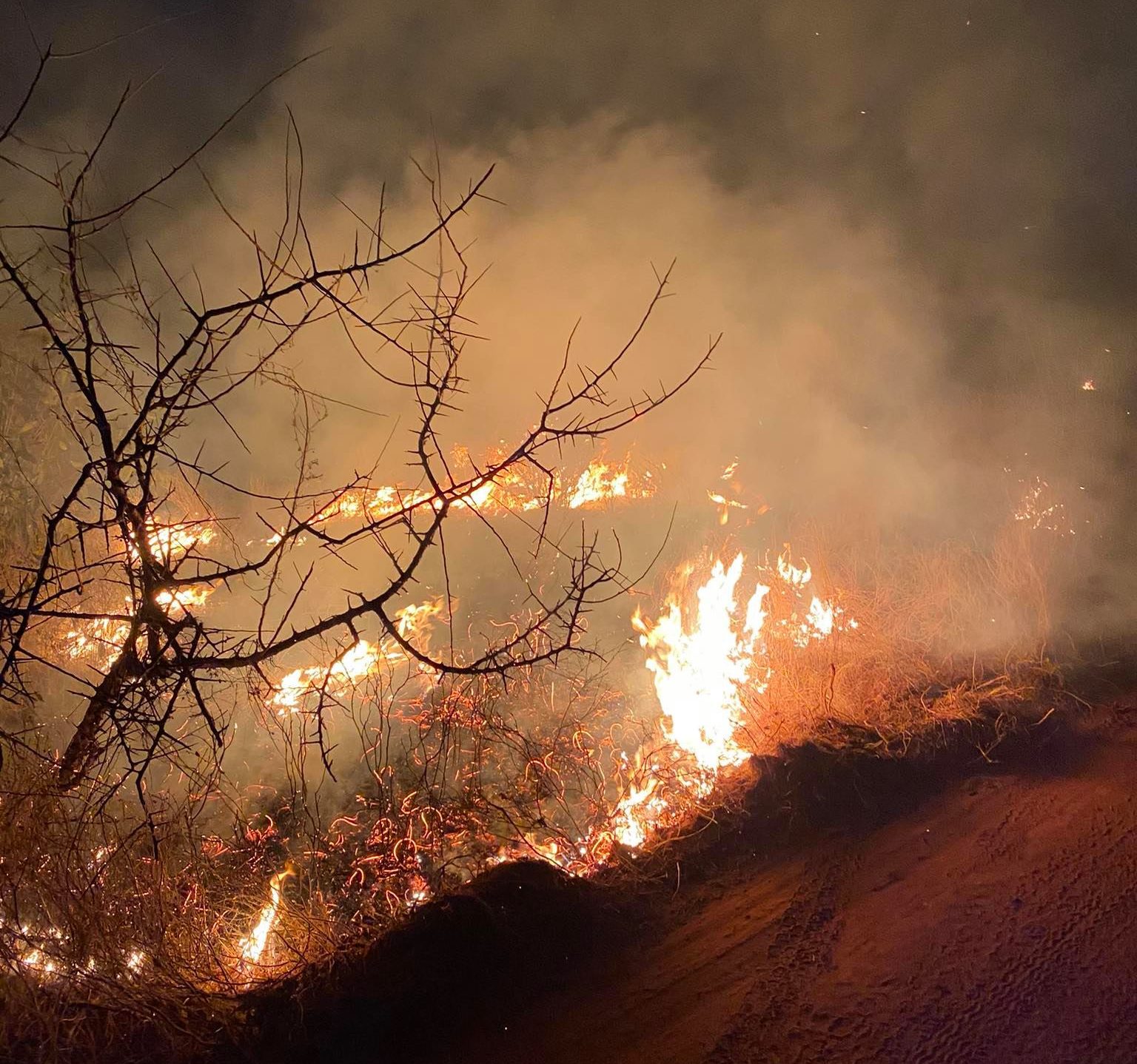 In a recent article, we shared an update on the sand dams that our ground teams have constructed in dry riverbeds across Tsavo over the last couple of months. This is great news for elephant conservation. We hope that the sand dams will eventually provide a stable and much-needed source of water for our local elephant populations.

If you want to find out more about the project, how sand dams are constructed and how they work, you can do so here.

The reason we gave that last update on our sand dams is because the rains that will fill them have finally come. For those of our readership that had the chance to visit the Tsavo Conservation Area over the dry season, you will know how important this precipitation is.

A tough couple of months

Elephant conservation has a great many challenges. Poaching and habitat destruction are some of the more obvious ones. However, over the last couple of months, we have had to contend with a threat to our wildlife that gets more and more troublesome as the years go by.

Fire has always been a danger in dryland areas but, with the global temperature rising year on year, that danger only increases and, this dry season, local authorities and the Tsavo Trust’s team, normally employed in elephant conservation and monitoring efforts, were forced to mobilise against bush fires more often than usual.

According to a spokesperson at the Kenya Wildlife Service, the unusual amount and severity of bush fires in the TCA were caused by a number of factors. Long rains before this dry season resulted in longer than usual grass fronds which then dried when the rains left.

The fires often raged in areas that were difficult to access by local gamekeepers and wildlife service professionals. This and the effect of strong winds undermined the ability to counter Tsavo’s fires in a timely and decisive manner.

As a result, some noteworthy fires in the TCA were not brought under control for several days. One, a three day inferno which, despite the best efforts of volunteers and fire-fighting professionals, did was so devastating it made the news in many European media outlets.

Though the KWS spokesperson did not weigh in on the potential affect of climate change on this year’s fires, links between the rise in global temperatures and the alacrity and increased devastation of the bush fires we saw this year are impossible to ignore.

Causes of fire and how they highlight continued human/wildlife conflict

At the trust, we are constantly striving to develop and remodel the relationship humans have with neighbouring wildlife. This is a very important part of elephant conservation, and indeed wildlife conservation in general.

It is an important mission and we have witnessed some noteworthy successes in transforming that relationship from one of conflict to protectionism and cohabitation.

Last year, before our mission was made more complicated by the onset of the Coronavirus pandemic, we published an update on some of the more promising signs we’d seen in the battle to conserve Kenya’s wildlife.

Have a read of that report in full here. In short, however, it outlines how our efforts to re-educate local human settlements on the values of protecting their wild neighbours was yielding some encouraging results. We’d seen a drop-off in snares found in our local area and we’d also noticed certain species of large fauna returning to areas they previously steered clear of.

Re-education is incredibly important and it becomes even more so as human settlements grow outwards and interact more closely with wildlife populations. However valuable this policy of educating human inhabitants of semi-wild areas is, accidents and unfortunate events will happen.

One fire, which was extinguished blessedly quickly after it started, was caused in the TCA by a fire started to burn litter which quickly got out of control. In the case of the three-day blaze mentioned above, investigators suggested that the flames were started deliberately.

Often reported as the work of arsonists, the deliberate fires that we tend to see in the Tsavo Conservation Area are often caused by cattle herders who know that flame-torched earth results in quick, fertile plant growth when the rains come.

These fires, though they are less likely now that the rainy season is here and bringing some much-needed moisture to the land, are a constant reminder of the devastating effect human encroachment on wild areas can cause. They are also a reminder of our species’ potential to cause devastation inaccessible to even the wild’s most powerful creatures.

As the rains come and wash away the scarred remnants of this dry season’s destruction by fire, let us use them as a reminder that damage can be undone.