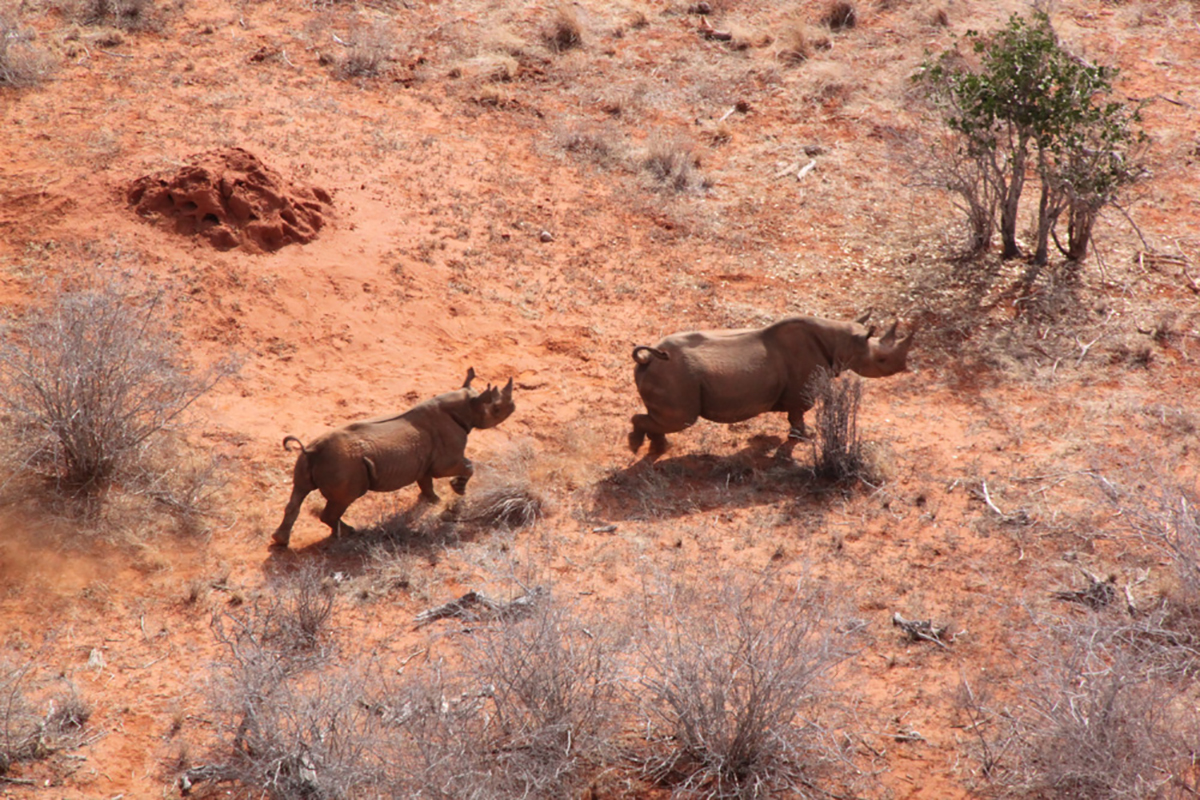 Rhino and Elephant are two of the most at risk mammals native to the African continent. They are both the unhappy recipients of the evils of poaching as well as sufferers at the hands of habitat erosion. As mankind grows and develops into their spaces, the conservation of these creatures becomes increasingly more important.

These two species of animal share many hardships and could even be described as looking similar. What with their thick greyish skin and lumbering gait. However, Elephant and Rhino are very different from one another. These are some of the more interesting differences.

In that way a Rhino’s horn is more like a horse’s hoof or human nails whereas an Elephant’s tusks are just really long teeth.

These pieces of knowledge have given birth to some interesting developments. Latest conservation attempts have seen wildlife service members cutting off Rhino horns in a bid to dissuade poachers from taking the huge creatures’ lives.

The Rhino are first tranquilised and then their horns are shaved off. The process is painless.

Interestingly, and dangerously, many people believe that Elephant tusks do in fact grow back. A survey conducted in six of China’s principle cities, places that are often the recipient of the illegal ivory trade, found that around 70% of Chinese citizens believe ivory falls harmlessly from Elephants’ mouths.

Nature seldom fits perfectly into the pigeon-holed boxes we build for it. Very often it surprises us with its inconsistencies and exceptions that prove the rule. Even so, for the most part Elephants are very social animals that tend to roam in groups, or herds.

The herds are usually matriarchal in structure. Adult male Elephant, however, are known to roam alone or in bachelor groups.

Rhino, in contrast, are very often solitary. One only really finds Rhino together often if it is a mother and young calf. White Rhinoceroses, however, are known to be more sociable than their cousins.

The White and Black Rhino are both native to Africa whereas the Sumatran and Indian Rhino are found in various parts of Asia.

The Ivory trade began largely to fuel a desire for luxuriously crafted piano pieces or as ornaments. It was once considered an expensive alternative to workable woods. Nowadays, the immorality of the practice has driven the trade underground but not yet defeated it. Conservation efforts are obviously ongoing.

Rhino horn is traded for very different reasons. It often works its way east through illegal channels and is believed to be a cure for everything from cancer to hangovers. None of these theories are proven to be true and the toll on animal life is chilling as well as unnecessary.

Those are our five major differences between these two beautiful and majestic animals. We hope you enjoyed the read.