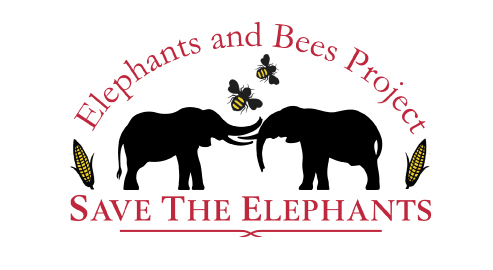 Conservation is an ongoing project. It is a battle against human expansionism and a changing climate. It is a battle fought on behalf of those that cannot do it themselves, certainly not alone.

Humans are to blame for many of the complex issues surrounding the survival of the African wild. But they are also an integral part of the journey toward a solution.

We, at the Tsavo Trust, will be the first to mention that we can always do more to conserve the weird and wonderful creatures of Africa’s varied habitats. But we also want to applaud the efforts that have been implemented. Credit where credit is due.

So, here are three ingenious and praiseworthy projects that we believe best indicate how incredible humans can be when they put their minds to solving something.

At the Trust, we’ve had the opportunity to work with some truly brilliant conservation projects. Lucy King’s beehive fence scheme is one of the most exciting.

Based on an in-depth behavioural study into elephants’ natural aversion to bees, this project is an ethical, natural and effective way of dissuading hungry elephants from crop-raiding.

Lucy King’s Award-winning research project, collaborated on by Disney’s Animal Kingdom, Oxford University and Save the Elephants, looks to the natural world to solve one of modernity’s problems.

With strategic beehives placed around crops and effective partnership with the farmers themselves, the idea is that the bees act as safeguard against desperate ellies raiding crops.

Human expansion is an unavoidable part of 21st century life. Whether you see it as a problem or the sign of progress is entirely dependent on your perspective. Its supporters will be keen to point out that expansion often offers the impoverished and the marginalised a chance at a better, healthier life.

With both sides of the debate in mind, humans have looked to ways we can march toward modernity whilst also preserving what is ancient and beautiful. Wildlife corridors are a great example of this consideration of two agendas.

The fight to preserve certain wildlife corridors is ongoing and there are those that would disregard it in the face of easy profits. However, one need only look at how bids to build high-ways and railways in Kenya are now always considered, at least in part, on how well the construction companies intend to preserve the migratory routes of animals that will be impacted upon.

We can always do more, but the fact that wildlife corridors are part of the conversation on modernisation in Africa is indicative of our increased sense of responsibility in the maintenance of the natural world.

The most commendable conservation efforts are intuitive and well-researched. They try and understand the root causes of human/animal conflict instead of simply how to solve the symptoms.

The Predator Compensation Fund is one such project. Now under threat from a lack of funding, the PCF is a thoughtful attempt to stop retribution killings of predators. Established by the Big Life Foundation, the fund raises money to compensate herdsmen for any cattle or sheep that are taken by wild predators.

It is a project that combines education of those affected with a real-world solution to loss. The PCF saw incredible results in its early years, with retributory predator killing much reduced. It now struggles to operate fully due to a drying up of resources but we still believe it is a worth-while project in the fight to find a space for cohabitation between animals and humans.