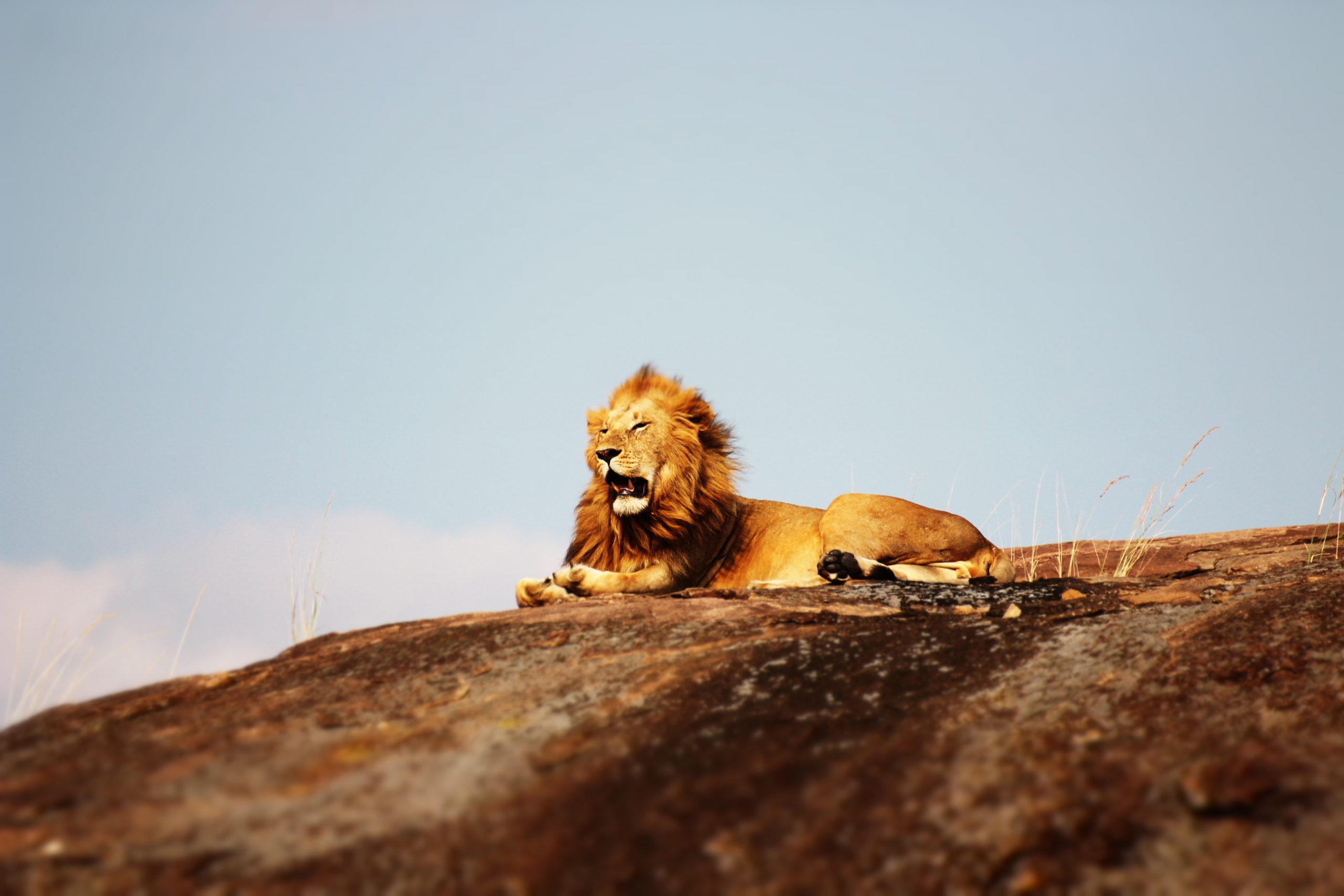 Here at Tsavo Trust, we believe that the best way of protecting Kenya’s varied and incredible wildlife populations is by promoting healthy engagement between humans and Africa’s weirdest and most wonderful creatures. This means understanding them better, seeing their value and protecting their environments.

Kenya’s parks and conservancies boast some of the most exciting wildlife East Africa has to offer. Whether you want to visit Kenya or learn more about these majestic animals and their habitats we’ve compiled a list so that you know where the largest (but by no means most interesting) wildlife can be found.

The King of the Jungle (who seems to like his holiday home on the plains of the Savannah much more than his courtly throne) is a truly majestic creature. African lions feature in history books and folklore from China to the UK and anyone who has seen either the unruly mane of a big male or the beautiful sleek movements of a hunting lioness will know why.

They are truly beautiful creatures that deserve the infatuation humanity has long had with them. As with all living creatures, their beauty comes from seeing them in their natural habitat: in their movements, their interactions with one another and in their ability to remind humanity of where we all came from.

Kenya is arguably the best place in the world to find Lion in this setting and, fortunately for those of us at Tsavo Trust, Tsavo’s National Parks have some of the largest populations of wild Lion found in Kenya. So, if these beautiful animals are your passion and you want to see them in situ, then come down to either Tsavo West or Tsavo East National Park!

These big beautiful grazers are unfortunately still poached for their ivory and, at the Trust, we are involved daily in attempts to thwart those that would see Elephant killed.

Fortunately, they’re smart creatures and hardy survivors too. So, there are several places in Kenya where you can find large populations of these graceful giants.

Amboseli National Park, with its stunning backdrop of Mount Kilimanjaro and sparse tree-covering is often considered to be the best place to watch Elephant grazers amble about their business.

Rhino (both Black and White) are also under constant threat, due to habitat erosion and poaching for their magnificent horns. Unfortunately, there are many who believe Rhino horn has medicinal properties and many others who view owning a horn as a symbol of status or wealth.

Threats such as these make conserving these lumbering creatures difficult but not impossible. Lake Nakuru National Park (in 2009) recorded having 25 Eastern Black and a further 70 Southern White Rhinos.

So, if you want to see the famous Rhinoceros then head to Lake Nakuru where you might also get the chance to see the lake’s famous pink flamingos.

Spotting these spotted cats is no easy task, no matter how concentrated their population. The elusive and incredibly private creatures often lounge in Yellow Fever trees or in dense woodland, so you must keep your wits about you if you want to see one.

That said, it is possible and keen-eyed safari-goers often see Leopard. If they’re trying hard enough. The best place to do so is in the Maasai Mara, one of the best-known safari destinations. The Mara is truly stunning and a must-see if you love wildlife.

Cape Buffalo are something you must see first-hand and up-close to appreciate. They are far larger in real life than one would expect after seeing them on the TV. They are also fiercely protective and have been known to charge game-viewing cars (it wouldn’t be the wild without a little bit of excitement!).

Cape Buffalo thrive in the plains of Kenya and can be found in most of the National Parks listed above so make sure you go and find them, if you’re out looking. They might not be as well-known as the other four members of the big five but they’ve surprised many safari-goers with how incredible they can be to view first-hand.