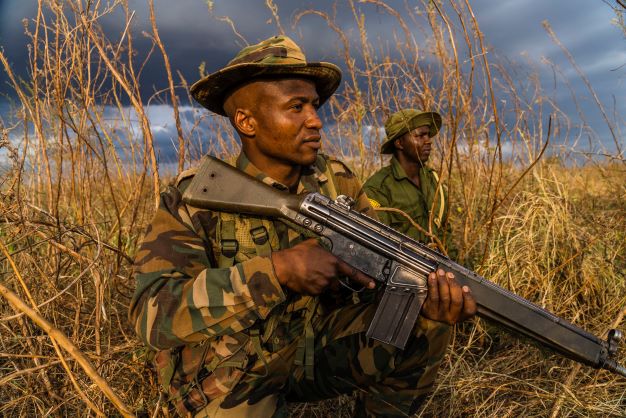 The Game Rangers Association of Africa held its annual African Conservation Awards on the 17th of September. The awards ceremony is a celebration of the men and women committing themselves to the protection of African wildlife.

Returning after a two-year break imposed by the pandemic, this event marked 11 years since the conception of the African Conservation Awards. Attending through a video call, His Serene Highness Prince Albert II of Monaco, the event’s patron, highlighted the bravery of Africa’s rangers and wildlife protectors.

Awards were given in four categories and the winners of each award were chosen based on work completed in the sector of wildlife conservation over the last 12 months. The Maasai Wilderness Conservation Trust’s Simba Community Wildlife Scout team won the award for Best Conservation Team. The Mount Kenya Trust received a runner up award in this category.

The Kenya Wildlife Conservancies Association, credited with more than doubling the land earmarked for conservation in this country, won first place in the Best Conservation Supporter.

The fourth, and perhaps most emotionally evocative, award, for Best Game Ranger, was given, post-humously, to Anton Mzimba. Mr. Mzimba died as Head of Ranger Services to the Timbavati Private Nature Reserve in South Africa. A man of inspiring leadership quality and known for his committed endeavour, Mr. Mzimba was assassinated outside his home by gunmen believed to have ties to organised poaching syndicates.

The death of Anton Mzimba, undoubtedly not a good news piece, highlights the difficulties faced by rangers and wildlife conservationists in general. Though, there were many successes and positive developments highlighted by the award ceremony it is worth noting the sacrifice many amongst us make daily in the bid to protect African wildlife.

Our thoughts and prayers are with Mr. Mzimba’s family.

Much is rightly made of the present degradation of the globe’s wild spaces. There is so much in the way of protective policies and re-education that is necessary for us to find ourselves inhabitants of a world that can see a stable, healthy future.

However, this increased scrutiny on the unsustainability that is suffered upon much of this planet has already resulted in some change, and some of that change is now yielding results.

European wildlife has historically been some of the most marginalised. Centuries of development, human expansion, hunting and antagonistic attitudes toward wildlife resulted in the continent’s becoming what some have termed a ‘wasteland’ for Europe-endemic megafauna.

Many of the larger species of wildlife native to Europe were so much reduced in population, by the mid-point of last century, that their extinction from the continent was considered a real danger. Since, however, protective policies have been put in place to protect these creatures and a few of these policies seem, now, to be bearing fruit.

Part of the process has involved the establishment of protected areas and the banning of certain harmful substances used in agriculture or industry. An equally big part of it has been in the reshaping of attitudes toward large creatures, especially carnivores.

For many of these threatened species, the results are exciting. Since a low in the 1970s, the grey wolf population of Europe has grown by 1800%. The white-tailed eagle population of 2018 was 445% larger than 1970’s. Though still threatened, and less widely accepted by its human neighbours than the wolves and most birds of prey, the brown bear population of Europe is also on the rise. It is now 44% bigger than it was in 1960.

Other species that are recovering include the Eurasian beaver, the griffon vulture, the barnacle goose and the European bison.

Rwanda holds ambitions of becoming one of the world’s leading conservation-based, sustainable tourism destinations. It has recently concluded a technical assistance contract with the EU that will help in the design of a strategy which is intended to bring that ambition about.

The EU will contribute funding, amounting to 230 million Rwandan Francs, and guidance, in accordance with its governing principles, that will help shepherd into existence a wildlife management plan that will boost biodiversity and sustainability.

It remains to be seen how this policy will be enacted but the language used by commentators who have been paying close attentions to the new partnership suggests that this new strategy, which the Rwandan Development Board is calling a ‘masterplan’ will be extensive and will be shaped from a nation-wide perspective.

Broader, transnational approaches are hugely important if we are to ensure that the globe allows for the effective safeguarding of biodiversity. The species that many national governments have pledged to protect know no borders. Without regional consensus and collective action, smaller-scale protective policies are limited in their scope.

We hope that this masterplan brings about something proactive and protective and we are excited to see the results of this partnership.