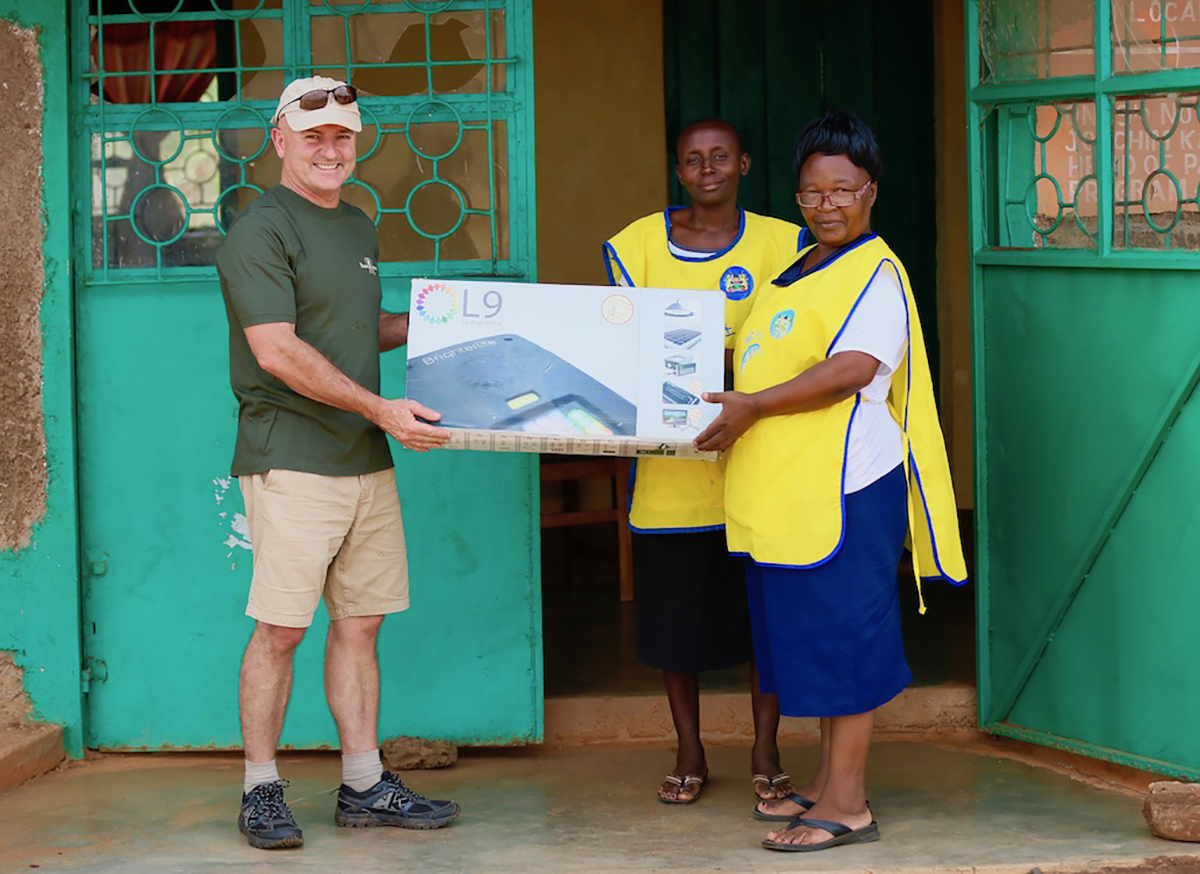 The Kamungi Water Project on the northern boundary of Tsavo East in southern Kenya, is proving to be a great success, and has been very well received with community members visiting the water dispensing kiosk in Ngiluni village every day to collect clean water.

A week after the official opening of the Water Project, Stuart Herd, founding Board Member of Tsavo Trust visited the central water point of the Kamungi Water Project. During his visit, Stuart donated a solar charging system to Kamungi Conservancy to be installed at the water dispensing kiosk which will allow for community members to charge devices such as mobile phones.

Stuart also visited the Ngiluni Dispensary, which needs modernising. Tsavo Trust is in the process of developing a funding proposal to renovate this medical facility. An example of the challenges faced by medical staff at the dispensary is that nurse Margaret has been delivering babies here holding a small torch in her mouth for light. Having heard of this situation, Stu donated a Brighterlite solar lighting and charging system to the Dispensary. The system includes a solar panel, battery, charging sockets and three lights which will at least give the medical staff light for when they carry out procedures at night.

Nurse Margaret said ‘Thank you Mr Herd for this lighting equipment, we will now have good light when providing care to patients at night, asante sana Bwana Stuart’.