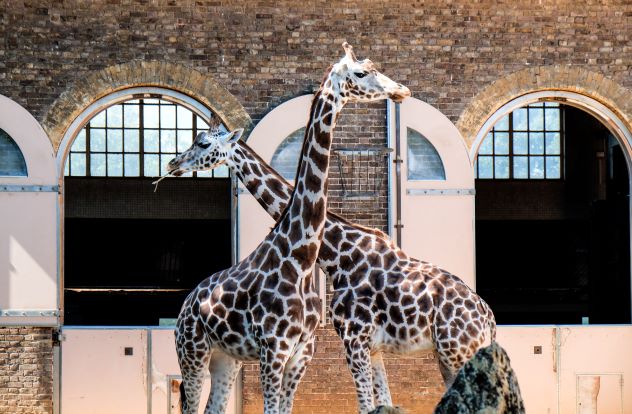 To some, zoos represent captivity instead of protection. They represent humanity’s unchecked influence and how it has subverted the world’s natural order. To conservation’s purists, the zoo represents a failing, a step into territories our species should never have stepped into.

We, at the Tsavo Trust, obviously work in the field. We consider that our role is the protection of African wildlife, especially its Big Tusker elephant, but we also endeavour to protect these creatures’ natural patterns of behaviour.

As regular readers of our bulletins will know, this mission faces a great many challenges here in Kenya. And yet, here in this country, we do not consider it a losing battle. In this, the conservationists of Kenya are fortunate, in many other countries the state of wildlife is not considered so favourably.

In an ideal world, all its animals would live in their native lands and practice their most organic patterns of behaviour. The zoos of developing countries might, in this imagined world, lose their purpose. This, however, is not and has not ever been an ideal world.

In this article, we intend to complicate the simplistic reading of the western world’s zoos as the antithesis of conservation.

The zoo: a complicated place in conservation

The practice of keeping exotic animals has been around for centuries. European monarchs were often gifted animals from rulers in Asia or Africa. They kept them often for their own amusement or as ornaments to their intricately gardened properties.

The famous 8th century Emperor Charlemagne was one such recipient of exotic African beasts and was apparently given elephant from Asia. William the Conqueror was also; he kept a small menagerie of animals at his Woodstock manor house which was added to by his successors.

In the 16th century, there was a gradual shift from keeping these creatures for private entertainment to showcasing them as public displays. Menageries gradually became zoos and the peoples of Europe were enticed in by the oddities kept in enclosures.

In the 18th century, however, Europe began its first steps toward keeping its imported animals for scientific purposes. In 1828, the London Zoo, organised by the Zoological Society of London (ZSL) was created as the first establishment primarily devoted to the study of its creatures.

The zoo, as it is today, has a number of functions. The zoo’s draw is certainly still the spectacle of the exotic. Crowds group to see what they mightn’t otherwise and so the pull is still, sometimes, the oddity of the creatures themselves. However, a lot of the money generated by ticket sales goes toward breeding programmes, research and conservation efforts.

There are certainly zoos that operate more for private commercial gain than for the avenues that these revenue streams open up. There have also been mistakes made by certain zoos; in the proper treatment and protection of the animals they have taken into their custody.

However, the zoo, at its best, is very important to the global conservation mission. In some instances, the role it plays is obvious. In others, it is less so.

Many people – largely educated as to this process by media coverage of endangered creatures such as the giant panda – know of the work done by zoos in facilitating breeding programmes. For many species, the present state of the world’s wild spaces is not conducive to their continued breeding.

Without zoos, it is likely that the giant panda would not be long for this world.

For many other species, it is only in captivity that they are presently extant. The protection offered them in zoos is, unfortunate as it may be, the only safeguard between certain species and extinction.

What is less obvious as a role played by zoos is that their ticket sales often generate funding for conservation efforts in the wild.

The ZSL: one of the Tsavo Trust’s partners and how COVID-19 has impacted its work

The ZSL has, since its 19th century conception, continued to funnel a significant part of its revenue into the study of the animals its zoos house. It also provides a great deal of funding to conservation efforts in Africa.

We work very closely with the team over at the ZSL. We are able to function as we do because of their financial assistance and experience in the study of African animals.

Since the emergence of COVID-19 as a global phenomenon, however, the ZSL has generated significantly less from its zoos. According to the ZSL’s website, the pandemic has placed it, in its pre-pandemic operating capacity, in “serious jeopardy”.

The ZSL have also predicted that, with social distancing put into effect, their capacity for admissions revenue will take a long time to reach pre-pandemic levels. Without the income generated by the ZSL London and Whipsnade zoos, conservation efforts, research and the well-running of those zoos is in danger.

It was predicted that the ZSL would lose £20 million of its pre-pandemic revenue in the 2020 financial year. That lost money will likely have huge ramifications, to the enclosed animals and those in their natural habitats.

We, at the Tsavo Trust, can personally vouch for the incredible work done by the ZSL and other similar organisations. For our European readers, consider the zoos role well in the modern-day’s conservation mission. It may well be that paying the price of an admissions ticket for the London Zoo is the best effort at conservation you can partake in this weekend.