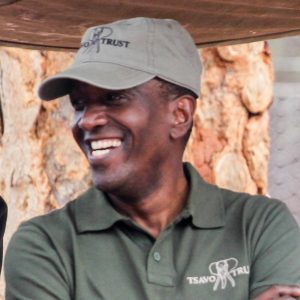 Chairman of the Board

An alumnus of Lewis and Clark Law School, Oregon, USA, Hon. Justice Nzioki wa Makau holds an LLM in Animal Law. He is a lifelong conservationist who has been visiting Tsavo since he was a child and now brings his own children here to experience and learn about nature. From his years with the Kenya Anti-Corruption Commission to his current duties as a Judge, Nzioki has dedicated his life to public service, and his commitment to TSAVO TRUST is an extension of that philosophy.