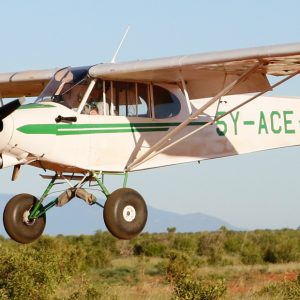 There is one member of the Tsavo Trust Team that deserves a special mention. She has been operating in conservation for nearly 50 years. In her younger years, she partnered famously with Bill Woodley and together they took part in mountain rescue missions, armed poacher attacks, fire fighting and so much more. She has looked after royalty and has done thousands of hours monitoring wildlife over the decades. She has most likely seen and taken part in more anti-poaching operations than any other living sole in the country. She has a mind of her own, no question about that but, she knows Tsavo like the back of her wings and her name is ACE.