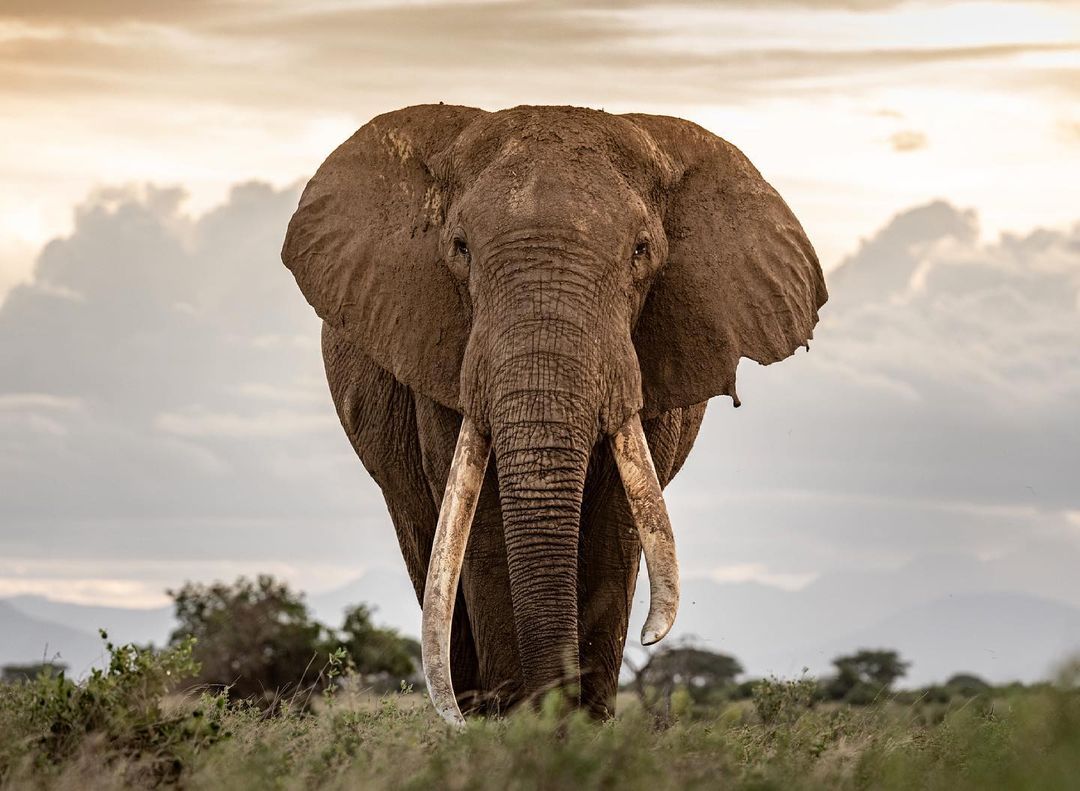 On the 14th of last month, June 2021, Kenya’s Tourism and Wildlife Minister Najib Balala announced the launch of what he described as a “magical Kenya elephant naming festival”.

The festival, inspired by the success of Rwanda’s gorilla-naming festival, will seek to increase awareness for the plight of the world’s largest land mammal. It will also provide an opportunity for increased conservation fund-raising.

Balala made his announcement from a stage erected in Amboseli national park. He did so surrounded by members of the local Maasai community and with Amboseli’s elephants visible to all the announcement’s attendees.

It was a symbolic place for the launch of this festival. Amboseli national park, a small one by Kenya’s standards, is known for its high number of elephant and for the success that its rangers have had in conserving them there.

Amboseli’s small 392 square kilometres is home to over 1600 elephant and the park is a favourite for wildlife photographers looking to capture a foreground of elephant with Mount Kilimanjaro in the background.

Indeed, Kenya, as a whole, is considered a huge success with regards to elephant conservation. As many of our regular readers will know, over the last three decades, Kenya’s elephant population has grown steadily. It has increased at an average rate of 2.8% each year.

Elephant poaching is down here in Kenya. It is down due to a number of reasons – which you can read about in depth here. But suffice it to say now that new tactics, the application of modern technology by the Kenya Wildlife Services and, of course, the work of charitable organisations such as ourselves is crucial in this turnaround for Kenya’s elephant.

In 2020, only 11 elephant were poached in the whole of Kenya. This is a huge success for elephant conservationists. That is down from 386 elephant poached in 2013.

How the elephant naming ceremony will work

The event, scheduled for August 12 and, hopefully, to be run annually, will be on the same day as the International day for elephants.

Donors will be given the opportunity to choose the first name for the elephant. It is as yet unclear whether that means making a choice based on several appropriate and appointed options or whether any and all choices will be considered.

The elephant’s second, Maasai, name will be appointed by elders from the local Maasai community. It will be based on a number of factors including the individuals physical characteristics, or its history, personality and role in the family group.

The announcement for this annual elephant naming ceremony is very good news to those of us in the conservation sphere. It also comes off the back of a year of good news. That last year’s saw the lowest recorded number of elephant poached since we began counting is undoubtedly the best news piece of the lot.

However, realism must temper the manner in which we interact with this news. Kenya is indeed doing well in its attempts to conserve elephant. However, poaching is just one part of an increasingly complicated network of problems faced by Africa’s iconic animal.

The African elephant’s territory shrinks daily and, as migratory animals, these creatures are seldom natives to just one of humanity’s drawn borders. In Tanzania, Kenya’s neighbour to the south and a place with which Kenya shares 769 km of largely open border.

This battle is far from over and only through increased awareness and a willingness to act on that awareness will African elephant be protected into the lifetimes of the next human generation.