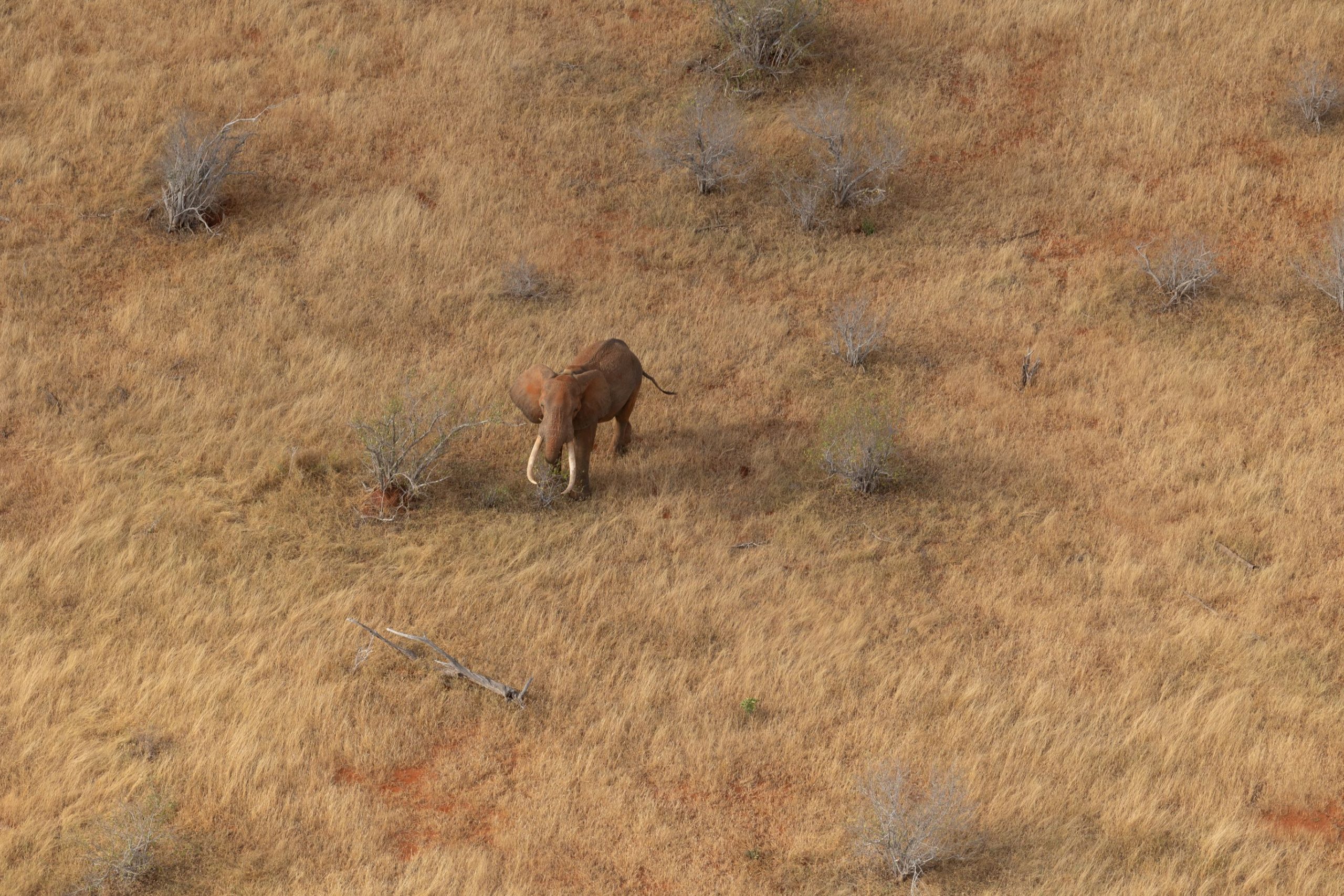 With the drought of last year still so fresh in our memories, considerations on water conservation are still very pertinent. We witnessed first-hand the influence of shortage.

The Tsavo Conservation Area, which is no stranger to periods of reduced rain and intense heat, was very parched, even by its own standards. Though we cannot be entirely sure, there is valid reason to believe that some of the sensational losses of some of Tsavo’s iconic elephant may have been hastened by this drought.

Resultantly, our minds are on how we can take preventative measures in the shaping of a future for Tsavo, and its elephant. The remit that comes with our position here, is, as we have stated many times before, in ensuring that the wildlife of Tsavo, and especially, its elephant, is allowed access to as organic a mode of existence as is possible in this modern world.

A key part of doing so comes through intelligently thought-out water conservation. Water conservation, however, has no singular, easy, silver bullet. It requires a systems thinking approach in order to work effectively.

This may sound strange, we’ll concede. The mission of safeguarding an organic mode of existence does not obviously dovetail with an approach to water conservation that is systematically designed. The mission is predicated on living and letting be, why, then, must a solution to it be based on a top-to-bottom, all-things-considered plan?

The modern elephant does not live in an open access world. These great migrators may not always, in the pre-colonial era, have found water in searches that they conducted during pre-colonial dry periods. However, they did, then, have the capacity to do so. Such was that capacity that it is estimated that the African continent was, pre-colonisation, home to some 26 million elephant.

So, if we are to create a world in which the African elephant can treat its increasingly warren-like rangeland as naturally as it would have before human development made those warrens, we must consider a systems thinking approach in doing so.

This may seem like an obvious question with an obvious answer. Elephant drink anywhere between 68 and 100 litres of water every day. Just like all of this planet’s living creatures, water is absolutely essential to their health and wellbeing.

However, for elephant, the conservation, and accessibility, of water is of even greater importance. Some of our readers will have read the article we wrote on how the African elephant is adapted to its often dry climate.

Those who have not read that article may be surprised to learn that an elephant cannot sweat. It’s thick protective hide prevents it. In the stead of sweat glands, an elephant cools its body through a small variety of, arguably limited, other measures.

It’s large, thin ears house a dense network of capillaries that are close to the skin and, in their flapping, they are capable of cooling the blood before sending it on to the rest of the body. This is one cooling measure. The others at their disposal are largely dependent on access to water.

The elephant obviously needs water to drink. Access to water is, also and abnormally, important for an elephant’s capacity to regulate its body temperature. Drinking it, swimming in it and wallowing in the mud it creates are three of the ways that water is used, vitally in the hotter months, to keep an elephant’s body from overheating to disastrous effect.

What is meant by adopting a ‘systems approach’ to water conservation?

A lot of what will be detailed hereafter is from a study on water conservation through this ‘systems approach’. The study was published following on from the Davos ’23 meeting of the World Economic Forum. It stresses that in issues of conservation pertaining to something so wide-reaching and variably-affected as water, the systems thinking approach is necessary.

The ‘systems thinking’ approach is built on an understanding of water as it interacts and is expressed at every juncture. It is an approach that understands water in its structure, its dynamics and its interactions and how it shapes physical elements, institutions, society and our own mental models.

One of the great examples of how a systems thinking approach has been applied to conservation is in the much talked of case of the reintroduction of wolves in Yellowstone.