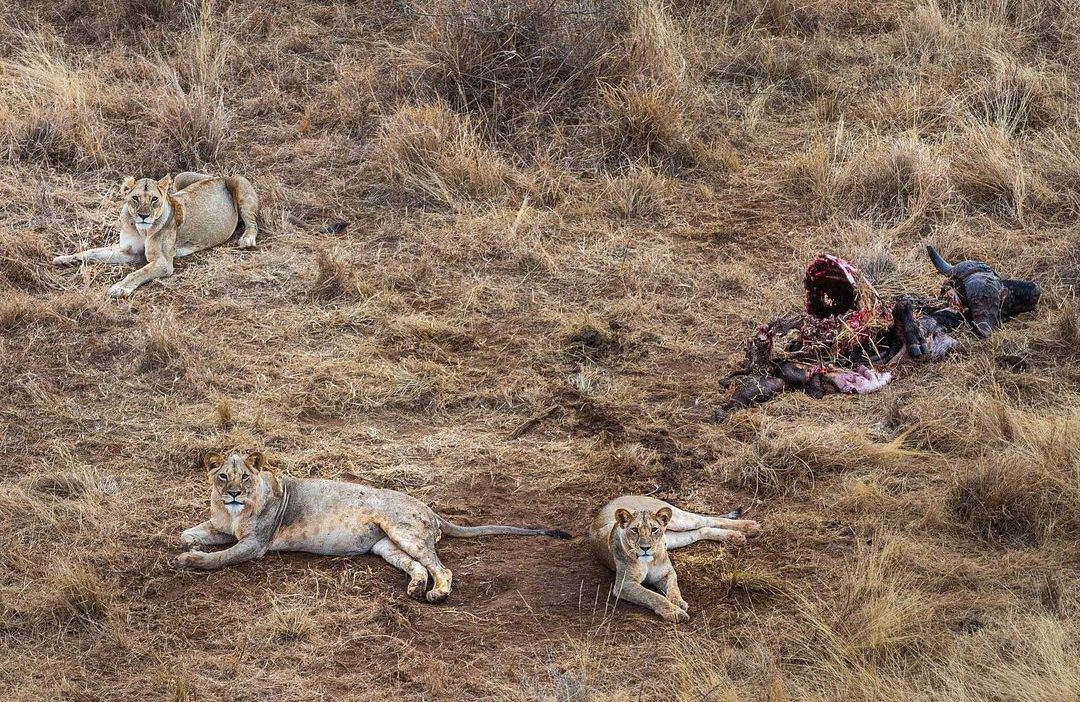 The UK’s BBC recently published a news piece looking at the potential for distress caused to wild animals by the return of safari-goers in Kenya. You can access the article, entitled ‘Maasai Mara safari overcrowding stresses Kenyan wildlife’, here.

As with all of you, our regular readers, we at the Tsavo Trust are in constant vigilance as to how humanity’s actions have an impact on the natural world. As a result, stories such as these always arouse our interest.

Only recently have we, as a species, developed a habit for in-the-moment assessment of our impact. The history of human development is littered with instances of our technological or habitual development leaping forward with no mind paid to what we leave behind in its wake or what we damage as we modernise.

The present plight of plastic pollution is a great example of how our habits changed and how, belatedly, we realised a previously unseen (buried, perhaps) result of this change.

We have realised the need for vigilance as our actions manifest themselves in changing times. Now, new habits and industries seem instantly to come under scrutiny. And with good reason, with the sheer size of our population, new trends in global behaviour can have massive and instant ramifications.

Sunscreen slip-off from swimmers has been linked with coral reef deterioration. The almond milk industry may well be killing off North America’s bees. Drastic population loss to the fish of our oceans – an issue for wildlife conservationists in itself – is affecting the seas’ ability to sequester carbon and, also, its faculty as a global temperature regulator.

The more we learn about the planet and its interconnectedness, the easier it becomes for us to link one action with another, unexpected and worrying, impact. Stories of how our actions affect the natural world are now so commonly exposed, they no longer seem to surprise. This article, about how wild animals are impacted by the presence of safari vehicles in the Mara, falls into this category.

It is, of course, no news to many of us that the presence of cars and tourists in Africa’s wild places is impacting the natural behaviour of its animals. Why then does it continue? The answer to that can be found – just as the evils of our changing habits can be – in the complex interconnectedness of our world.

A natural world existing within natural bounds: impossible in the 21st century?

For many, the conservationist’s ideal is a world where all of its varied lifeforms can exist within the natural boundaries of their existence. We know our planet as a self-regulating enclosure. We understand its many ecosystems as areas that – before modern humanity’s incursion into the role of mediator – are as capable of providing solutions in occasions of scarcity as they are in instances of overpopulation.

But, of course, we have stepped into that role. The world, as it presently exists, must cater to humanity’s existence as well as its present culture-defining ideals.

Kenya, any of our regular readers will know, is unique in Africa as regarding success within conservation. This country’s elephant populations are growing; its approach to tackling poaching is modernising and working. In short, the enthusiasm for conservation is growing.

There are many and varied reasons for these successes. Funding – a big part of these victories – for wildlife conservation comes from many sources (we have recently drawn attention to that which comes from European zoological societies here). But funding must be applied to fit an agenda. The agenda itself is the real reason behind this success.

Here in Kenya, wildlife and the spaces they inhabit are considered a very valuable resource. For many of our readers, that may seem to be an inarguable categorisation. But, for many years, here, arriving at this way of considering wildlife was the conservationist’s singular aim. In many other African countries, this shift in attitude toward wildlife has not happened.

Part of the reason we can consider wildlife as a valuable resource in Kenya is because the safari industry is big business. The travel and services sector here have long been some of the strongest areas of the nation’s industry. It is through tourism related services that the country accrues most of its foreign-generated cash.

In an ideal world, built of a conservationist’s ideals, we would not need to learn the value of wildlife. It would be allowed its spaces and the ability to go about its organic manner of existence. But this is not an ideal world. It is a complex, interconnected one.

Tourism & commodifying wildlife as it comes: the springboard for Kenya’s present successes

In the Kenya of thirty or forty years back, commodifying living animals was seen as the best way to ensure the continued existence of the planet’s many endangered species.

The battle for conservationists was to try and convince the peoples that live amongst wild animals that their neighbours are more valuable alive than they are dead. The conservationist’s challenge then was to make tourism seem a more attractive industry than was poaching and hunting for bushmeat.

That shift in attitude has, for the most part, happened in Kenya. Many of its citizens have embraced it wholeheartedly. It may, perhaps, not have gone so far as to furnish all those that live amongst wild animals with concerns for the creatures’ emotional well-being. But that may still come.

It is incredible that any of us on this planet have reached a point where we can consider the emotional stress of animals as they exist under the tourist’s microscope. It might not seem noteworthy to those of us committed to conservation, but to the conservationists of yesteryear this attitudinal shift once seemed impossible. Hopefully, questions like this will prompt better regulations within the industry.

However, in our modern ability to be idealistic we must not forget the past that prior conservationists had to contend with. In Africa, that is a more accessible perspective than it may be for Europeans. Within the borders of Kenya’s neighbours poaching is still unchecked. Conflict between humans and wildlife still claims lives and livelihoods. Communities of people still suffer greatly from poverty and famine.

We must always look to regulate the excesses tourism can have on the world’s natural spaces. But we must also consider all of the complexities attached to this industry.

Safari tourism: a complex, interconnected web of human concerns and how wildlife interacts with it

In the BBC article, a means of alleviating the distress caused by safari car overcrowding is offered. They suggest, to their British audience, that the importance placed on seeing the ‘big five’ be undermined. With less tourists clamouring to see lion, elephant, rhino, leopard and cheetah, the tour cars in the Mara would be better spread apart and the distress caused to the animals would be alleviated.

This is certainly a good suggestion. The categorisation of ‘big five’ sightings as indicative of a safari’s success is a failing. From a tourist’s perspective, the African savannah offers so much more to see and educate one’s self on. From a conservation perspective, the greater the spread of humanity’s focus, the easier it may be for us to protect all the earth’s varied and interesting animals.

However, the reality of human existence requires that realists make certain other considerations. We must remember that not all tourists are conservationists. In fact, not all game wardens are either. Some of the former may simply be holiday-makers, some of the latter are individuals in need of employment.

Regulation is key. But we must remember that if tourism suffers, for the impoverished and in-need, so too may the enthusiasm for conservation. The BBC’s article raises some good points on the best practice of tourism but it also damages the reputation of the industry somewhat.

As has been mentioned, this is no ideal world. Poverty, famine and the plight of our wild spaces are illustrations of that fact. They are also reasons for why we must maintain the value of tourism as an African industry. If it is no longer obvious, to the hungry and impoverished, that living wild animals have value, those that are needful will resort, as has been done in the past and is still done in many parts of the world, to finding value in poaching.

If you want to learn more about how a drop-off in tourism can have an impact on conservation, please read our article on conservation in the era of Coronavirus. In this article, accessible here, we illustrate how job losses within the tourism industry – caused by the travel restrictions – prompted a near-instant uptake in poaching activity.