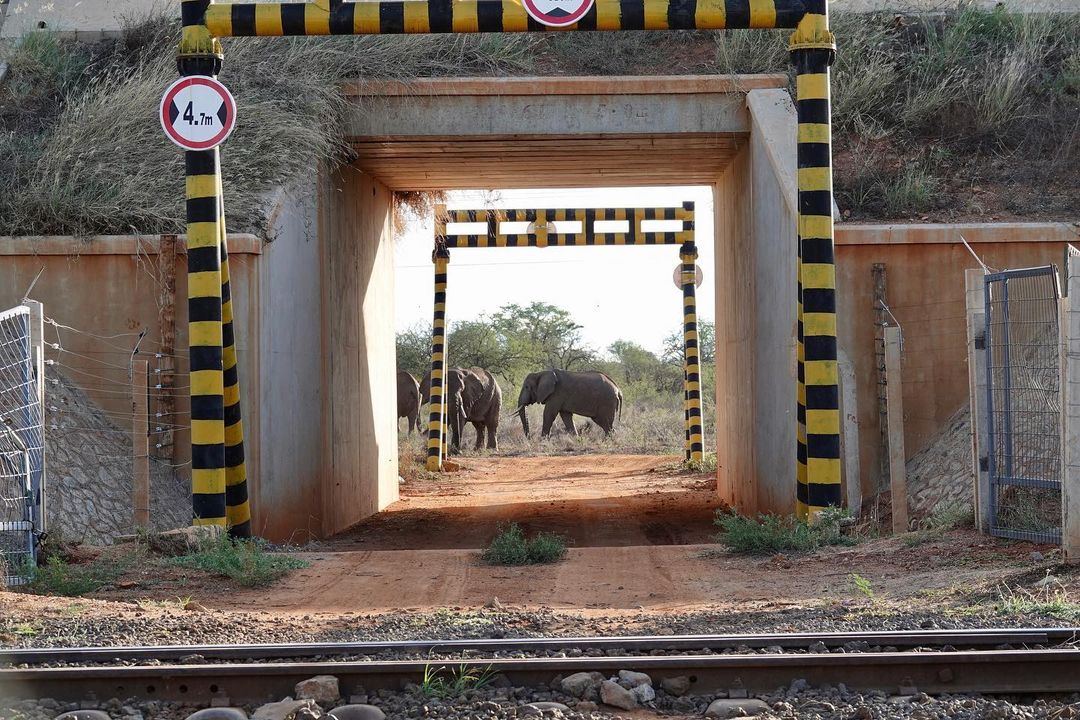 In our last article, we gave our readers an evaluative insight into how Kenya has so effectively reduced elephant poaching in this country.

The written piece was, in many ways, celebratory and, to those involved in bringing it about, congratulatory. All of those who are active in elephant conservation should be proud of the fact that we managed to reduce the number of poached elephant in 2020 to just 11 individuals.

However – and in this changing world there is almost always a ‘however’ when it comes to conservation –, poaching is just one of the issues being faced by the African elephant. While we have managed to reduce poaching numbers, Kenya’s human population has continued growing.

As a continent, Africa has the fastest rate of population growth of any other. By 2050, Unicef predicts that 40% of all births will happen in Africa. That means that Africa will also have the largest population of children and young people in the world.

This is an interesting development that has the potential for great benefit to the continent. A young population, effectively educated and given the opportunity to do good, may do wonders in bringing energy and endeavour to creating the infrastructure and development that could alleviate much of the evils Africa still faces.

However, a growing population could also prove itself a problem. Unicef’s regional director, Manuel Fontaine, evaluated the situation thusly: “if investment in Africa’s children is not prioritized, the continent will not be able to take full advantage of its demographic transition in the coming decades. Without equitable and inclusive policies, the pace of population growth could potentially undermine attempts to eradicate poverty and increase disparities.”

In Kenya, there are high hopes that the politico-economic structure of the country can handle, and provide opportunities for, this growing and youthful population. If it does not come with an increase to wealth inequality and poverty, all of this great country’s residents will be pleased.

If it does, however, it will pose problems for many Kenyans. And for conservationists, those problems could go above and beyond what a growing population already brings.

Space needs to be found for this growing population. In order that they may live, work and socialise, the infrastructure must first be developed.

In order to bring about this development, space must be turned toward humanity’s needs. It is predicted that most of this growing population will settle in Kenya’s urban centres. If jobs there are plentiful, then the cities will swell at little cost to the natural world.

However, an inadequately provided for young population will be quite another matter. The young, if they can’t get jobs in the cities, may be left with no other option than to turn to rural means of living. In order to do so, they will be forced further and deeper into the wild spaces that are already curtailing certain species’ natural modes of existence.

What’s more, if, in the rural parts of Kenya, these young and – in the worst case scenario – jobless individuals are forced into poverty, the issue could become quite catastrophic for the wild. In a previous article, we explored the links between poverty and poaching.

If you would like to read that article, you can do so here. To summarise it for those who haven’t the time, the article took a look at the findings of a National Geographic research team who found that as poverty rates rose, desperate and starving individuals turned to bushmeat or ivory poaching to eke out a living.

It does not take a rocket scientist to see the link between poverty and poaching. It is, however, a complicated issue to solve.

Elephant conservation in Kenya: – Community engagement may hold the key to solving the HWC

Much of what elephant conservationists have done to reduce the number of elephant individuals poached over the last couple of years, comes down to educating populations that neighbour these creatures on the value of keeping them alive.

Without education on the matter, it is difficult to convince a poverty and famine stricken individual of the importance of bio-diversity and the maintenance of an area’s natural heritage. Abstracted notions such as these simply do not carry much weight to the impoverished or starving person.

However, if Kenya continues to provide opportunity and the means of alleviating poverty to its citizens, these lessons on the importance of preserving elephant may still be teachable.

First though, we must try and reduce the flash-points in the Human/Wildlife conflict.

Another factor that holds back our ability to see these animals for their majesty and importance to the natural world, is their ability – and it is great – to cause destruction. And this issue has no easy solution.

Here at the Tsavo Trust, we use a lot of the funding given to us to give local communities the ability to protect themselves and their livelihoods while we also try to limit the damage this protection has on the natural order.

Readers may have seen a recent social media post we made publicising our 10% fencing scheme. Fencing in conservation is a very controversial topic. It has the potential to reduce the number of times human and animals come into conflict. But it also has the ability to completely undermine important migratory routes.

The local communities, the Kamungi and Shirango, who live nearby the Tsavo Parks often come into contact with roaming elephant. The damage these creatures cause to crops can be devastating. And, resultantly, the protective – and, unfortunately, on occasion retributive – measures taken by the Kamungi and Shirango result in a worsening of relations between the two species and, in rare circumstances, the death of individuals from both.

In order to combat this problem with, what we hope will be, as little impact on the natural world as possible, we came up with the 10% fencing initiative. We are currently modelling the plan on 3 farmsteads in the Kamungi Conservancy.

In this trial, we have tactically erected short ‘porcupine’ fences around a very specific 10% of a farmers land. We have left the other 90% unfenced. We hope that this project will increase the yield on the protected 10% areas while also allowing the other 90% to be left for the marginal environment.

Since the construction of these 3 fences, there has been 0% crop damage caused by wildlife. And, what’s more, we have managed, through the intelligent and tactical placement of these fences, to ensure that the animals can still follow their migratory routes.

With poaching on the retreat, it is projects such as these that your funding increasingly goes toward. The human population is likely to continue to grow and it falls to elephant conservationists to come up with intelligent ways of making cohabitation possible.

We hope you enjoyed this article, in next week’s we will look into the issue of fencing again. We will look at a case study in how not to do it and the potential for damage that fences have on Africa’s migratory animals.