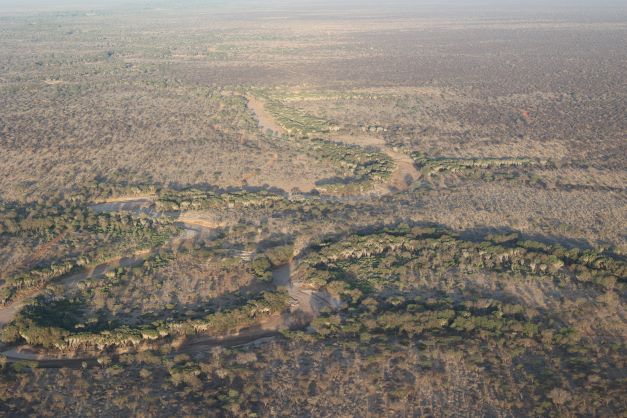 The Mau Forest is a complex of 22 forest sectors comprising a contiguous 380,000 hectare spread of land that is vital to this country for a variety of reasons. It is the largest closed canopy forest block left in East Africa and, as a result, a vital sanctuary for the protection of forest-dwelling wildlife and the flora that make it up.

It is, also and along with the forests of Mt. Elgon, Mt. Kenya, the Aberdares Range and the Cherangani Hills, one of Kenya’s five ‘water towers’. So named because of the role they play in the catchment, storage and natural purification of water, the water towers are considered of international importance.

Land use in the Mau Forest ecosystem has, despite its international recognition as a forest of regional importance, been the site of near constant politicking. At worst, the question mark over the Mau forest’s protected status puts that status at risk of ending. At best, the back-and-forthing provides enough unsurety for the area to become subject to piecemeal incursions and fragmentation.

Why the water towers are so important

The water that is trapped by and travels through these forest catchment areas flows into rivers that are vital to many of the peoples in East Africa, and even beyond.

The sanctity of a healthy Mau Forest is often spoken of in reference to the important role it plays in keeping the Mara River flowing. This link – between a trans-border river which crosses from Kenya into Tanzania and is famous as the crossing point for travelling wildebeest during the Great Migration – illustrates a small part of the international importance of the water towers.

Waterways originating on Mt. Elgon, in the Cherangani hills and the Mau Forest feed into both Lake Victoria and Lake Turkana. The health and viability of these catchment areas, therefore, has significance to the nationals of four of the countries that border Kenya.

Furthermore, as conduits into Lake Victoria, the chief reservoir of the river Nile, the health of these riverways has the power to influence all life along the world’s longest river.

For us here in Tsavo, the Mt. Kenya and Aberdares Range ‘water towers’ are of vital importance. It is from these that the major rivers, each life-giving, which flow through eastern Kenya, have their source. In times of plenty, the Galana river, which joins with the Athi, flows down from the Aberdares and gives life to the region. In drought conditions, such as the one we are presently suffering from, the Galana is essential.

The most damaging threat posed by the unsettled status of the Mau Forest Complex is deforestation. This, of course, has a huge impact on endemic bird and animal life in the forest. However, it’s impact on the lives of human beings is just as worrying.

Deforestation reduces the forest’s capacity for the natural purification of water. It increases the likelihood of surface run-off. Surface run-off can further degrade forests in that it can result in plants not getting the water they need because it never makes it below the top soil. Deforestation can also result in flash floods. These, in turn, exacerbate the effects of erosion and can promote the siltation of drinking water sources.

Of Kenya’s five water towers, the Mau Forest is the most important. It is the largest and the most influential in terms of its provision of drinking water. It is also the water tower most often, historically, impinged upon.

For the purpose of this article, we will not go into how and why the Mau Forest’s sanctity as a protected area has so frequently been challenged.

The topic has been covered at length by numerous other interested parties (you can read about the politicising of the Mau Forest here, for example) so we, therefore, do not feel the need to go into it ourselves. Suffice it to say, in this article, that this area of extraordinary biodiversity and importance to East Africa has too often found itself the make-weight in highly politicised arguments.

Despite that the United Nations considers Kenya a ‘water-scarce’ country, and that the importance of the Mau Forest Complex to this country’s water security is not unknown, a research paper published by researchers from Jomo Kenyatta University and the Karatina University of Kenya in 2018 stated that about 43,700 hectares of the forest’s protected area had been “severely damaged” by human activity.

What makes the forest lands so good at the catchment of water, also makes them desirable as agricultural land. We recognise the value of agricultural land here at the Tsavo Trust. Indeed, an influential part of our policy-directing mission is in safeguarding animals and humans shared right to a future.

A workable solution must be found for all of Kenya’s inhabitants: can we justify that it comes at the expense of our most important ‘water tower’?

Much of the work we have done in recent years has been with the intent of ensuring land useful to humans is protected from the elephant that we, in turn, protect.

However, as we deal with the effects of what has been called the worst drought seen in East Africa for the last forty years, the issue of proper water management grows in importance. Records state that 109 elephant have died as a result of drought conditions in Tsavo alone this year. Furthermore, it is has been widely reported that an estimated 2% of the world’s rarest Zebra species, the Grevy’s, has been killed in Kenya’s drought.

In Western Kenya, the influence of this drought has been less intimately felt. The area has, however, not been without its problems.

The increased surface coverage of water hyacinth on Lake Victoria has been linked with the presence of chemical contaminants likely entering into the waterways as a result of farming from further upstream. Some of this farming is, and has been recently re-acknowledged as, illegal.

The incursion of water hyacinth on the surface of lakes such as Victoria has the ability to block waterways from the use by those that depend on them. It is, also and more importantly, damaging to water health. There are worries that this issue, if it is left to fester, might come to impact fish populations in the lake.

Temperatures tend to run high on the issue of the Mau Forest. Lands that comprise it have been portioned out and promised to many peoples that certainly deserve the chance to build for themselves a home.

It is, however, always worth re-familiarising ourselves with the important role that our water towers play in the well-running of this country. At this time of drought, and great worry for conservationists and politicians alike, it is worth remembering that, without drinkable water, we would go nowhere.