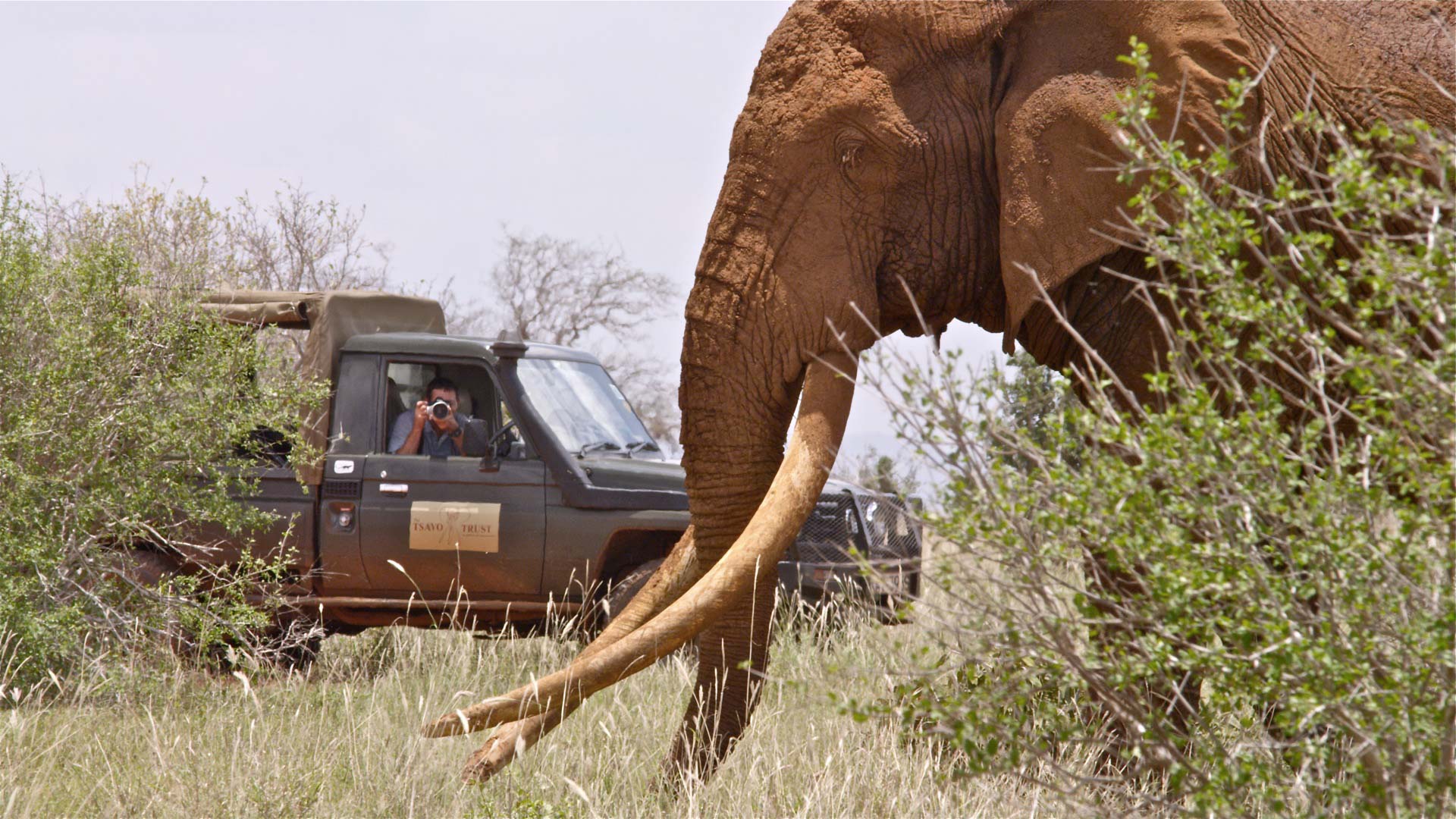 One of the questions we’re most frequently asked is whether tourists posting photos on Facebook (or indeed Tsavo Trust itself advertising the existence of these giants) are endangering the elephants by revealing where they live.

Firstly, we should point out that the entire Tsavo ecosystem utilized by elephants is 10.25 million acres in expanse—that’s twice the size of Israel—so telling people that somewhere in this huge area called Tsavo is a magnificent elephant with big ivory is not telling ill intentioned individuals anything helpful.

Secondly—unfortunately—poachers targeting these elephants already know as well as anyone where the animals are; we’re not telling the poachers anything they don’t already know. Poaching is a well-organized business these days, with networks of informers and middlemen, who know exactly where to find elephants at different times of the year.

Blaming users of the worldwide web for the demise of our iconic elephants is a misnomer, for the big tuskers of Africa were targeted and largely exterminated long before the advent of the Internet, first by a commercial ivory trade, then by sport hunting and poaching. The only difference in the old days was that the extermination took place in relative obscurity, prior to the age of mass communication.

Take a look at these photos from the early 1900s and imagine how many huge tuskers were systematically being killed off. At the time, when big tuskers were the norm rather than the exception, surely no one suspected that a day would come when only a handful of these giants-among-giants survived in the world.

Rather than endangering elephants by photographing them, tourists—providing their visits are conducted responsibly—actually protect elephants by increasing the number of eyes and ears in an area, which deters poachers from operating there. Their photos shared around the world encourage more visitors to come and admire our incredible natural heritage. And by paying gate fees to enter our National Parks, these visitors are also contributing towards the considerable cost of conservation. So please keep coming to Kenya and keep taking your photographs!

Tsavo Trust’s Big Tusker Database keeps records of Tsavo’s hundred-pounder elephants, which bear ivory weighing over 100lbs per side and represent the pinnacle of their species. But we’re not just monitoring Tsavo’s elephants, we’re helping to protect them through support for KWS anti-poaching efforts.

We also know that the survival of wild animals depends on people benefiting from their existence. We work with communities living alongside elephants on the border of the National Parks, in order to shift the balance from elephants being a crop-raiding, often life-threatening nuisance to elephants being an asset. In this way the rural people who are expected to be the frontline guardians of Tsavo’s elephants have a meaningful reason to value and protect them.

“The Tsavo Trust ‘Big Tusker Project’ works alongside the Kenya Wildlife Service (KWS) to provide extra protection for Tsavo’s elephants, with special emphasis on the region’s iconic 100-pounder tuskers – bull elephants bearing ivory weighing in excess of 100lbs (45kg) per side. Devastated by poaching fueled by an illegal international ivory trade and by sport hunting in other parts of Africa, the Tsavo region in southern Kenya hosts the planet’s last viable gene pool of these magnificent giants among giants. ”