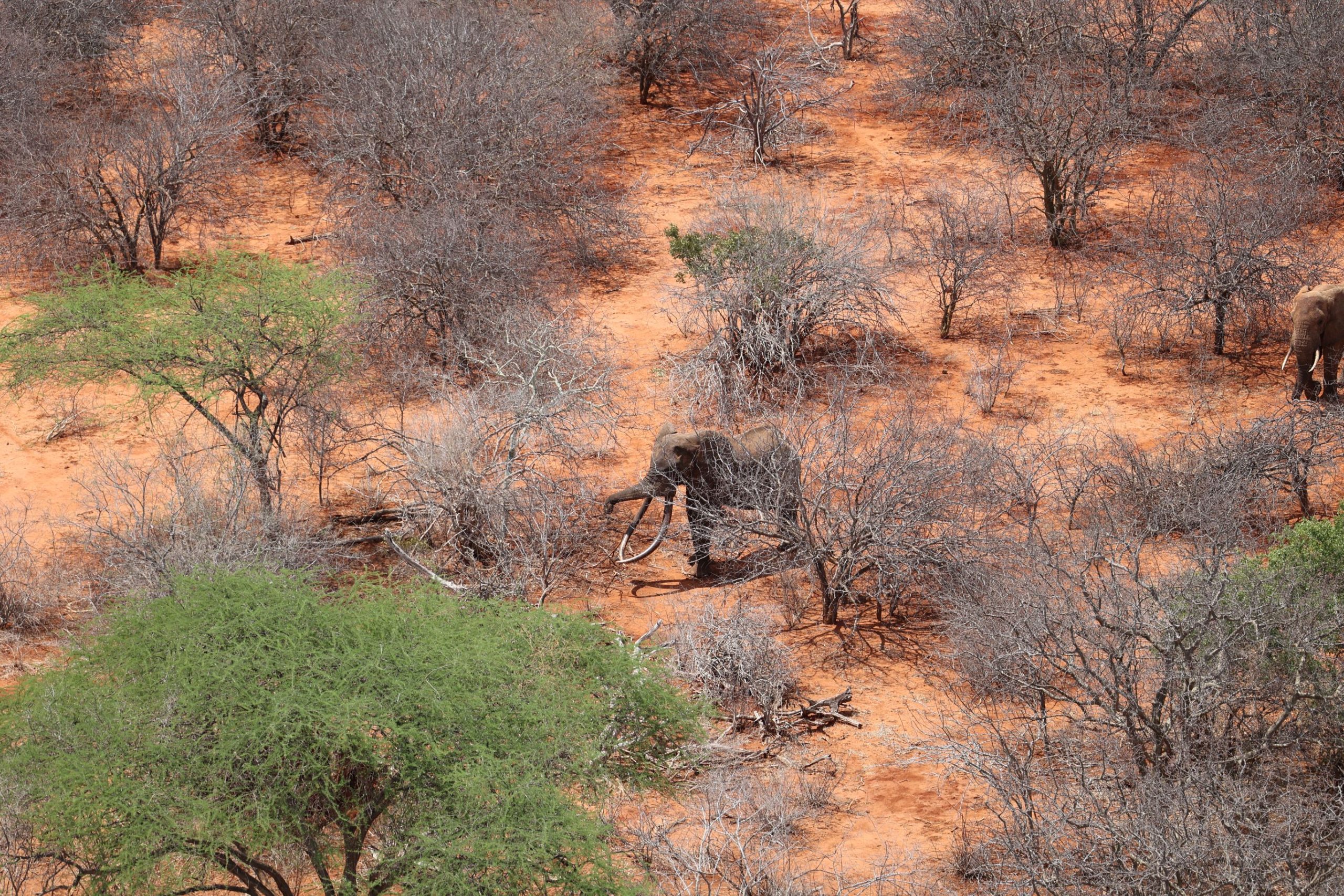 The challenges facing the conservation of elephant are constantly changing. This, as many of you know, is no single-issue drive. We, as human beings, are in a constant state of evolution; our whims, motivations, values and expectations rise and peter out inconstantly. And, as the most influential animal species on this planet, these changing drives have a huge impact on the creatures around us.

Resultantly, those of us concerned with the protection of the animals and plants that cohabit this planet with us, must be adaptable to, and aware of, changes in the terrain. You, as donors and interested stakeholders, are an essential part of wildlife conservation. Resultantly, it behoves us, with our boots on the ground and eyes in, amongst many other places, the sky, to keep you abreast of these changes.

Next week, we will produce an article outlining the developments that we have brought about in the Tsavo-specific sphere of elephant conservation. However, with this week’s article, we want to give you the facts as they relate to the protection of Africa’s elephant, continent-wide, so that, as 2022 comes to a close, you have the best understanding of the latest developments in elephant conservation and protection.

How many African elephant are there alive in the wild, and which way are the numbers trending

Still considered the most up-to-date and comprehensively compiled survey of all Africa’s wild elephants, the IUCN’s 2016 Species report on African elephant estimates the number at around 415,000.

In 2016, poaching was prevalent and very damaging to elephant populations in Tanzania. Since, however, there have been widespread reports of this trend reversing. According to national government sources, the Tanzanian elephant population has grown from 43,000 to 60,000 between 2014 and 2021.

(If you want to read a more East Africa-centric elephant conservation status report, you can find one here.)

Tanzania used to be the hot-bed for poaching and elephant part trafficking. It has since reportedly reversed that. This may prove to have a demonstrable impact when the IUCN do their next species report on elephant.

Another positive development can be found in the fact that increasingly we are seeing moves to optimise how elephant are protected. In 2021, Kenya’s Wildlife Service completed its first ever nation-wide wildlife census.

In the Kavango-Zambezi transfrontier protected area, comprising of lands in Namibia, Botswana, Angola, Zambia and Zimbabwe, they also began, in July of this year, an aerial survey of all wildlife.

Moves like this give us an important measure of how populations are faring. They are such an important yardstick and they demonstrate where issues might be arising or have arisen.

West and Central Africa, unfortunately, continues to play host to difficulties when it comes to conserving African elephant, of both subspecies.

Part of the reason why African elephant were reclassified into two distinct subspecies is the fact that their combined classification was considered harmful to conservation efforts. The African Savannah and African Forest elephant look different, live in different habitats and require different treatment with regards to conservation.

Lumping them together was considered as impacting the efficacy of conserving both. To a certain degree, considering elephant population size as a continent-wide whole has the same retarding factor.

When the IUCN do their next species report, we may well find that elephant populations have grown. It is, however, important to note that within those continent-wide figures, there might be huge losses that could be very damaging to certain habitats.

The Congo’s story of conserving forest elephants is not presently so uplifting as is Tanzania’s recent reverse of fortunes.
The Congo is home to 20% of Central Africa’s forest elephant population. They are under threat from the deforestation of their habitat and from poaching, often in the aid of supplying militia groups in the area with a source of funding. Those militia groups also undermine the ability of conservation groups and wildlife services to put into practice counter-poaching measures.

This is a very rough overview of the situation of elephant conservation in the Congo but variations of this theme are prevalent in a few parts of West and Central Africa and, without a reversal, this may prove to be bad news for the regions’ elephant populations.

What do elephant conservation professionals consider as the most pressing threats facing Africa’s elephant?

Recently, we published an article on how the global social media activity on World Elephant Day was misrepresentative of what conservationists actually believed as being the most pressing of threats facing elephant conservation.
With the exception of West and Central Africa, home to a total of 9% of the continent’s African elephant, poaching is no longer considered the largest of threats facing elephant.

Southern Africa is home to roughly 70% of Africa’s elephant and, in many of these countries, the elephant populations are stable or growing. For East Africa’s 20%, the story is similar.

This does not entirely spell positive reading. These numbers are still weigh down from the millions of elephant that used to roam Africa in the 1970s and these haltingly recovering population sizes are increasingly encountering human beings in their historic rangelands.

The new face of elephant conservation is in the amelioration of issues as they relate to elephants conflicting with human beings over rights to land.